Facebook has been actively seeking to tap into the smartphone market for quite some time, and it seems everything is now in place for the concept to become reality. 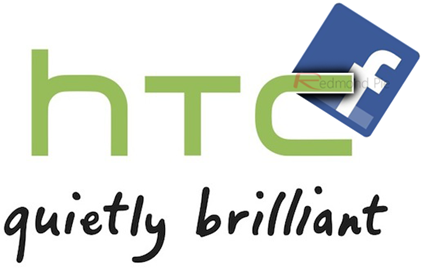 We’ve had an inkling for a while now that HTC would be the probable manufacturer, and according to an extensive feature over at AllThingsD, the socially-centered device will be hitting stores sometime between the next 12-18 months.

Neither Facebook nor HTC have opted to comment specifically about the device – operating under the pseudonym "Buffy" for the time being – but a spokesman for the world’s largest social network did say the following:

"Our mobile strategy is simple: We think every mobile device is better if it is deeply social. We’re working across the entire mobile industry; with operators, hardware manufacturers, OS providers, and application developers to bring powerful social experiences to more people around the world."

Having only recently categorically pinpointed HTC (also looked at Samsung as a potential device maker), the Facebook phone, as previously stated, is quite a way from reaching the end-user.

Having said that, it’s certainly rather exciting, and with Mark Zuckerberg’s creation boasting near-on one billion active users – one sixth of the world’s men, women and children – it has a huge potential platform for domination in the fiercely-competitive smartphone market.

If Facebook can manage to persuade consumers that sociability is the key smartphone element – and HTC can deliver the goods in terms of the device (or range of devices) – then the 2013 smartphone market may not be the predictable Android/iOS slog.

Many analysts have stated the importance of Facebook entering the smartphone spectrum in terms of future business. 350 million Facebookers log in via some form of mobile device, most of which use the Facebook app – configured for some 475 separate devices – at convenience as opposed to seeing it as a fundamental aspect of their device.

With Apple electing Twitter as its social partner – bringing an integrated Twitter API to iOS 5, Facebook really needs to gain control of its mobile destiny, and Buffy – whilst not certain to succeed – could theoretically provide the perfect tonic.

The social aspect with Buffy will go much deeper than the many Facebook-focused devices hitherto (HTC Salsa and ChaCha, for example), so look out for another solid challenger for the smartphone title in the next year or so!