The iPad Air and Retina iPad mini 2 are making rounds of the Internet these days, but that doesn’t mean the older generation devices are to be forgotten just yet. We already saw a price cut for the first-gen iPad mini alongside the announcement for newer devices, but now it appears the Cupertino company has also (silently, I must add) dropped a Space Gray version of the original iPad mini, through its select retail stores and its online store as well.

The device, which carries a non-Retina display and older hardware, was not officially announced in the new color choice, but it seems that since Apple didn’t decide to discontinue it, they’re still making it available in the new color choice though some of the Apple Retail Stores. Since it’s not being sold via all of them, it would make sense that you check with your nearest Apple Store for availability before making a buying decision. 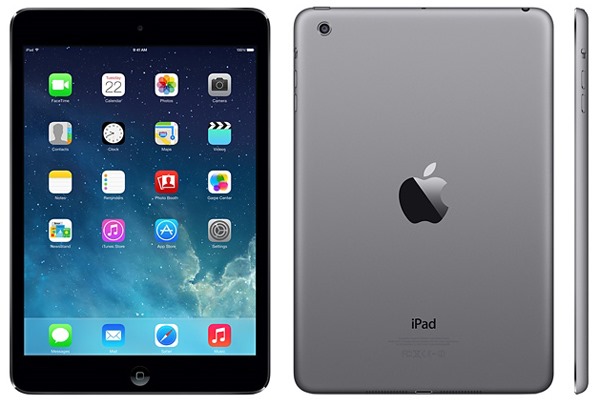 The decision that Apple made in not discontinuing both iPad 2 and iPad mini first gen raised a lot of questions on the wisdom of this choice from the blogging community, especially pertaining to the iPad 2, which is essentially 2-year old hardware at a very pricey level. It appears now that even Apple itself is more interested in continuing to make iPad mini successful rather than the old hardware, as they’ve introduced the new color choice only for the smaller sibling rather than the iPad 2. It should be noted that both the original white and silver variants of first-gen iPad mini are still being sold through both online and retail channels, for a reduced price of $299.

Apple unveiled two new models of the iPad this Tuesday – the shiny new iPad Air with amazing hardware and software combination for $499 (Wi-Fi only, 16GB storage), and the upgraded iPad mini with Retina display starting at $399 for Wi-Fi-only, 16GB model – and while the will be selling like hot cakes, the older ones can still retain some market share through such marketing gimmicks. It would also make sense for Apple to do something like this for a device that has more potential of retaining user interest, and a Space Gray iPad mini brings more consistency to color choices similar to what we see available for the new iPhone 5s.