The practice of paying for fake reviews, otherwise known as “astroturfing,” seems to be growing in prevalence in the digital industry, and on a day that has seen Samsung fined a hefty some for engaging in such behavior, it looks as though the ever-desperate BlackBerry has been doing some astroturfing of its own. The Google Play Store review page of the newly-released BlackBerry Messenger has been inundated with suspiciously similar looking reviews from a number of “consumers,” and although we already knew how much was at stake for BlackBerry with regards to the release of BBM, this move seems a little excessive.

It stands to reason, in a market as competitive as the mobile and digital industry currently is, that companies would want to see their products given favorable reviews, but by paying hordes of consumers to do so is not only unethical, but cheats another prospective buyer out of fair and open opinion on a product. 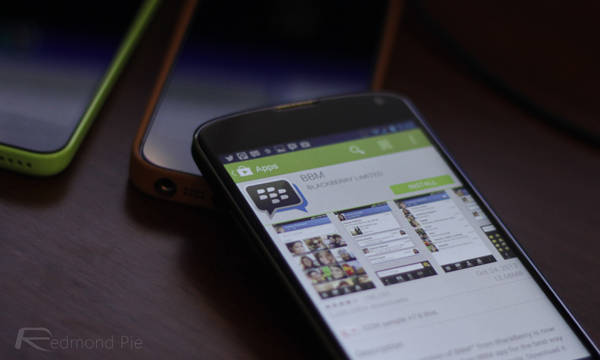 With regards to the new BlackBerry Messenger app, which recently became available to Android users over at the Google Play Store, the following phrase continued to show in reviews:

Thank you so much blackberry team. I was waiting this app. Its really great user friendly and smooth

Tens of millions of users have already downloaded the app, with more expected to follow, and although it could be argued that some consumers had simply copied and pasted a review to save a little time in echoing the same sentiments, blogger Terence Eden also noticed that one person had actually pasted part of a message urging him to post the message on the Play Store reviews section. One review began with:

Many companies have already been fined for this kind of behavior, and with Samsung taking things a step further by also paying for folks to slander the products of rival HTC, it seems as though the big companies wish to beset even more influence upon the minds of consumers than they already do. 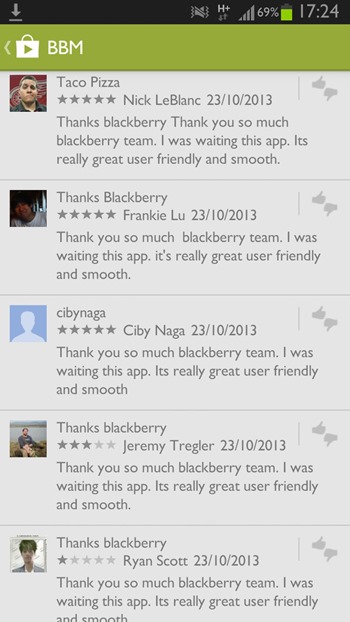 It would appear as though steps are being taken to stamp astroturfing out, and long may it continue. BlackBerry currently happens to be in dire straits as a company, and although this doesn’t excuse foul play, it’s quite understandable. Let’s just hope the big names in tech explore other, fairer avenues through which to promote new products, rather than settling for this cynical, downright insulting practice.