Apple has finally updated its Find My Friends app for iOS, bringing with it a brand new and refreshed look for iOS 7. More details and download link can be found right here.

Fans of the Cupertino company’s in-house apps have been watching over the last two months as iOS 7-based updates for their favorite offerings propagate through the App Store in drips and drabs. The location and social aware Find My Friends app is undoubtedly one of the more popular first-party offering which Apple offers for free, and it has now finally been giving a huge facelift to fit in with the new iOS aesthetics. 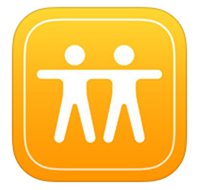 The previous iteration of Find My Friends had skeuomorphism written all over it – thanks to Scott Forstall – until Jony Ive and his team took over and took matters into their own hands. The user-interface was literally stitched together with revolting beige leather wrapped around a paper themed UI that was intended to look like real-life mapping paper as used by explorers. Thankfully, Apple has followed their own design lead and stripped away the user-interface to not only fit in with the look of iOS 7 but to also make sure that content is king within the app.

Version 3.0 of Find My Friends for iOS features an extremely minimalistic and clinical interface. The use of transparency and white space is entirely evident throughout the whole app, with the gorgeous vector based Apple Maps playing the leading role throughout the whole experience. 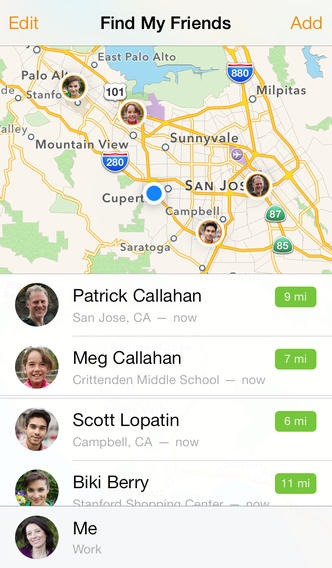 Certain apps like the native Music offering have been updated with a new interface while keeping the same navigation methodologies. However, Find My Friends has gone in a different direction with the tab bar system being scrapped in favor of a main interface menu system that allows users to drill-down for further details. 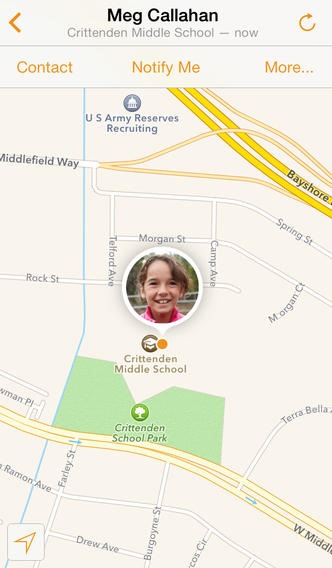 The update will definitely be welcomed by a lot of users, but it is worth noting that it’s actually only the design that has been revamped this time around. No additional features have been added, with version 3.0 still allowing a device’s location to be shared for a set period of time. 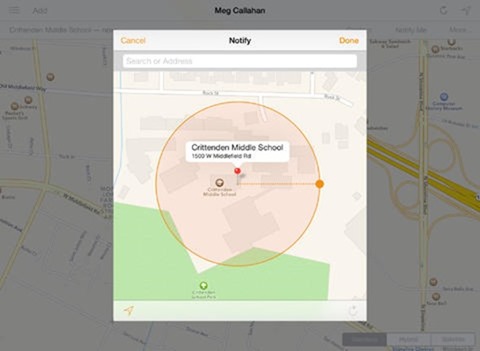 This latest first-party update follows hot on the heels of iBooks and iTunes U which both saw a similar overhaul earlier this week. Those who have Find My Friends already installed should start to see an update filtering through the App Store imminently.

(Source: Find My Friends for iOS on the App Store)