Apple’s well-documented redesign of its mobile OS with iOS 7 seems to have gone down rather well with iDevice users, and although most of the Cupertino company’s apps were updated shortly following its September release, today, iBooks and iTunes U have been added to the list. Complete with the flatter graphics throughout, both of the apps now looks as though they belong, and although there aren’t really any other alterations to report besides, it’s good to see that Apple is continuing its strive for uniformity.

iBooks has been around for a number of years now, allowing iPhone, iPad and iPod touch users to download and read the latest publications for viewing anywhere, and at any time. Both the iBooks app and iBookstore have been iOS 7-ified, and look much better for it.

iTunes U was, upon launch, touted as a revolutionary service for educational info, and although it hasn’t really taken off in the way that Apple might have hoped, continues to grow in popularity among those looking to learn. Again, the iOS 7 update offers a significantly improved overall aesthetic, and is now running at version 1.4. 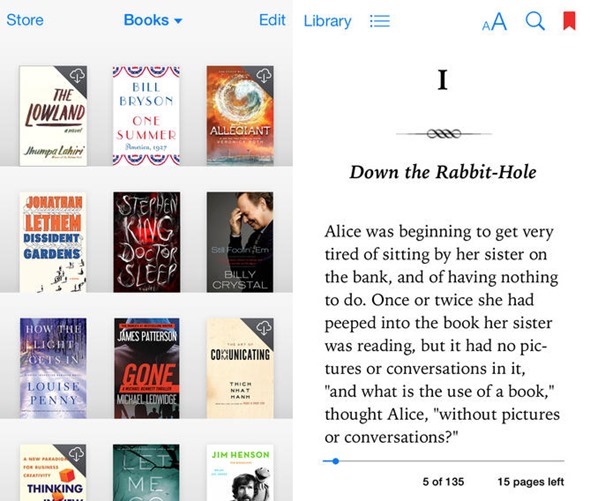 iBooks version 3.2 and iTunes U 1.4 can be downloaded via the direct App Store links below, or if you have the apps on your device already, by simply navigating to the App Store app and updating that way. As ever, both apps are completely free of charge, and each sports a brand-new, brighter orange icon to rubber-stamp the new look. 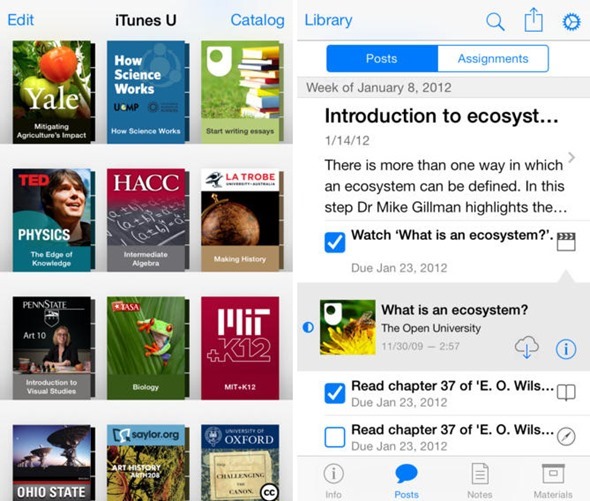 With the iPad mini now also sporting a Retina display, there’s likely to be a spike in the number of consumers grabbing books and such to enjoy on their new, sharper panels. With a neat iOS 7 finish, the updates are well worth grabbing, although with both still not as functional as they perhaps could be, here’s to hoping that Apple has plans to add one or two new features in the not so distant future.

(Download: iBooks / iTunes U for iPhone, iPad and iPod touch on the App Store)