Final Version Of Kodi 16.1 Released, Here’s What Is New

The development team behind the excellent Kodi media center has just released a new point version of the software. Version 16.0 of the award-winning and open source platform – codenamed Jarvis – delighted users with the sheer amount of new functionality and power contained within when it was released not so long ago. However, as the developers rightly point out in a blog post accompanying the release, all “final” versions will ship with bugs, meaning final version of v16.1 is here to try and eradicate some of the larger issues that have been discovered in the initial Jarvis release.

The team is calling version 16.1 a “maintenance release”, which essentially means that version 16.0 was tested with a fairly expansive set of users, but when it went live and was downloaded and consumed by millions of people around the globe, more bugs and stability cracks instantly appeared. So after five 16.0 beta seeds, three 16.0 release candidate versions, and one final Jarvis launch, we now find ourselves able to download Kodi 16.1 over the top of that installation to fix a plethora of bugs and issues that have been occurring. 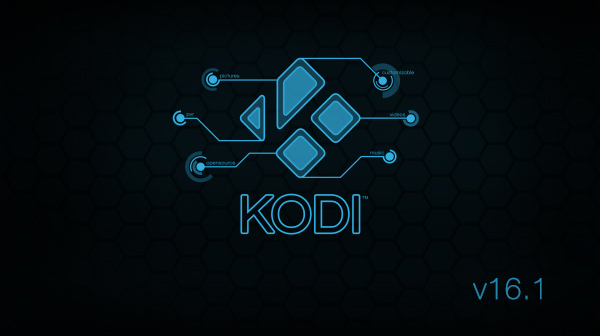 This latest version includes a fairly comprehensive list of bug fixes that should make the Kodi experience a lot more pleasurable across all devices. Performance improvements have been achieved with 16.1, including a 20% performance gain when the electronic programming guide (EPG) window is launched.

The team has also bundled in fixes for rendering of content when DirectX is called into action. Mac users will also find an embedded fix for a troublesome crash that would affect OS X 10.7 users when trying to resolve HDD names.

Official changelog of Kodi 16.1 is as follows: 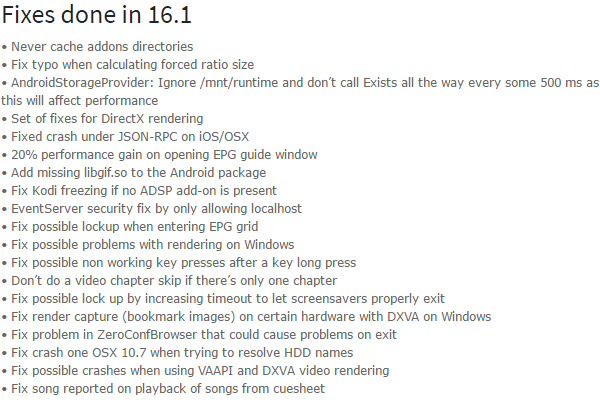 Version 16.0 was an unbelievable technical achievement for the team behind the software, and whilst it clearly shipped with a number of bugs and user-affecting issues, it’s great to see the team acting quickly to resolve as many of those as possible with this latest Jarvis release.

This first Jarvis point release is now available to download for all compatible platforms. Of course, with the exception of the Apple TV 4 which brings the power of Kodi to tvOS users based on the alpha version of Kodi 17. Everyone else can grab the latest 16.1 update directly from Kodi, over at kodi.tv/download.