FIFA 12 For Android Kicks Its Way Onto The Google Play Store – Download Now!

It used to be the Android Market, and then Google decided to work some internal magic on it and came up with the amazing idea of joining all forms of media together into one convenient cloud-based hub and called it Google Play. Android Market, Google Play, whatever you want to call it doesn’t really matter as it is essentially the same thing as it always has been and still contains all of the app related goodness which Android has to offer.

As smartphones progress and the operating systems and hardware that power them become more advanced, more and more users are starting to use their smartphones and tablets as a primary gaming device. One of the main reasons for this is the portability factor and the fact that a lot of well known, popular games are now available in mobile format, meaning that gamers no longer have to be chained to the television set and are free to go get involved in their games wherever they are. Some of the world’s largest gaming developers have taken advantage of the success of mobile platforms by making games which are compatible with the iOS and Android.

The mobile division of EA Sports have released their latest game into the Google Play store by releasing the 2012 version of the worldwide smash hit FIFA series of games. FIFA Soccer 2012 brings all of the fast paced soccer action you would expect with extremely vibrant graphics and almost life like player animations. Unlike other soccer based games, EA Sports have used their bargaining might to obtain the licences to be able to use real name, clubs and leagues within the game offering a further enhanced experience to users. 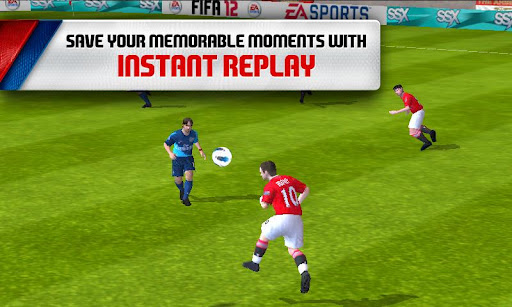 An intuitive and re-imagined control set up allows players to act out their skilful fantasies by making players play like Ronaldo before no doubt getting crunched from behind by a big bruiser of a player. EA describe the game as having "unprecedented reality" and being "the deepest, most visually striking football title ever" which is quite a claim to make, but who are we to argue. The FIFA 2012 game also benefits from being the only officially licensed FIFA soccer game on the planet which is bound to add to its appeal.

Football is life and it seems that EA Sports have brought the latest upgraded version of life to Android 2.1 and up. FIFA 2012 is available from the Google Play store now at a price of UK £3.18. 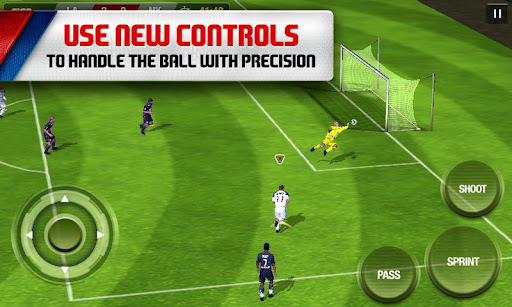