When Facebook announced it would be launching ‘something awesome’ this past Wednesday, many in the industry thought that the mystery new product could be a music service. With Spotify reportedly in cahoots with Facebook, a new music streaming service wouldn’t have been a huge surprise, but alas it was not to be. 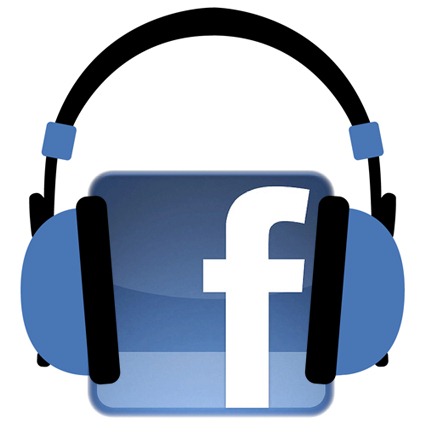 Facebook instead took the lid off its video chat feature, which uses Skype as its technical partner.

One developer however noticed something interesting in this new video chat feature when he downloaded the set up file for it.

According to Jeff Rose, the code for the download makes mention of an as-yet unreleased, and indeed unannounced, music feature with the name ‘vibes’.

It does appear now that Facebook is indeed still planning on bringing some form of music integration to the social networking platform, but yet its not confirm whether it will be in partnership with Spotify or not.

The video chat plugin, called peep, is what is downloaded now. At some point in the future they seem to be prepared to download another app though, called Facebook Vibes. I searched around to see what this is all about, and it seems that this is an unannounced feature that has yet to be released. The vibes app connects with a music download dialog in the page though, so I’m guessing that with this release we are seeing the seeds for Facebook’s upcoming music offering.

Now home to over 750 million active users, Facebook is streets ahead of its competition in the numbers game, with Twitter and the newly beta-launched Google Plus. With many ‘average’ users spending their time inside Facebook, tying a music streaming service into the platform could potentially corner a lucrative market as yet untouched by the likes of Apple.

During Facebook’s Skype announcement on Wednesday, founder and CEO Mark Zuckerberg did mention that this would be the start of a ‘season of announcements’ for the company – leaving the door open for the anticipated music service to be made public in the near future.

Now we sit and wait for Google to add its new Google Music service to the fledgling Google Plus offering. Maybe Google might just tie in their Music Beta service with Google+, who knows!