Microsoft today has announced the availability of Facebook app for the Zune HD portable media player. Zune HD 4.3 firmware was released in November last year which added support for running 3D games and apps on the Tegra-powered Zune HD. The first batch of these games and apps finally arrived in late November as a free download via the Zune Marketplace followed by the Twitter app in December 2009. 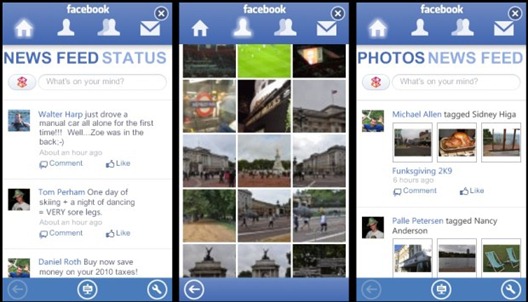 Today, the much awaited facebook app for Zune HD has been released. This Facebook app for Zune HD can be downloaded for free from the Zune Marketplace on the device, or directly from the desktop client software on your Windows PC. Zune HD 4.3 firmware on the device is a requirement for all the apps. Make sure you have updated to the latest firmware version (v4.3) before you try and install the app.