Facebook Messenger App Gets A New “Home” Tab, Here Are The Details

The instant messaging space is one that is perpetually seeing something of a usage and interest boom across the mobile industry, with the App Store on iOS seeing messaging apps become one of the most downloaded categories of apps available for the platform. The same is echoed across Android on the Google Play Store, too, and everyone is vying to become the de facto app for messaging masses.

Right now, Facebook is one of the bigger players, especially when you include both Messenger and the Facebook-owned WhatsApp in the equation. 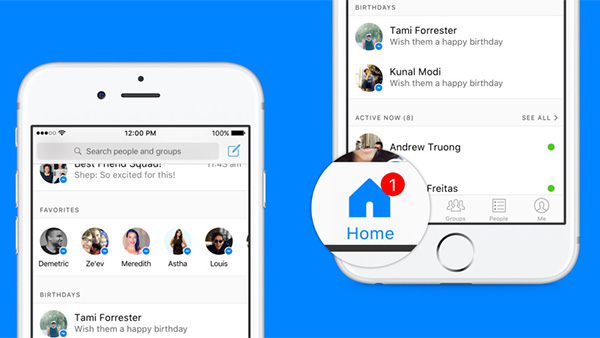 In order to try and keep the users it has and attract ever more, Facebook has announced an update to its Messenger app that makes it easier to begin new chats with friends as well as get back to the ones you are already in the middle of.

Rolling out to users currently, and not yet showing up for everyone as yet, Facebook’s changes to its Messenger interface now pushes recent chats to the top of the screen in a new tab called “Home” with favorite contacts shown just below that. Moving further down the screen, users will be reminded of friends’ birthdays if they are coming up, and users who are currently active will also appear here.

Now, you’ll see your conversations and ways to connect right where you need them most. You’ll still see the first few most recent messages at the top of your screen, followed by a new Favorites section, which highlights people you message most frequently, so you can quickly pick up your last conversation.

Messaging is in the news a lot right now, with Apple’s iOS 10 software update set to bring improved features to its iMessage solution, including improved emoji support. Facebook is already in an excellent position, and the Messenger interface redesign is long overdue. With competition heating up, expect to see all competitors tweaking things here and there.

If you’re not yet seeing the new interface in Messenger, then just hang tight. We’re sure it’ll show up soon enough. 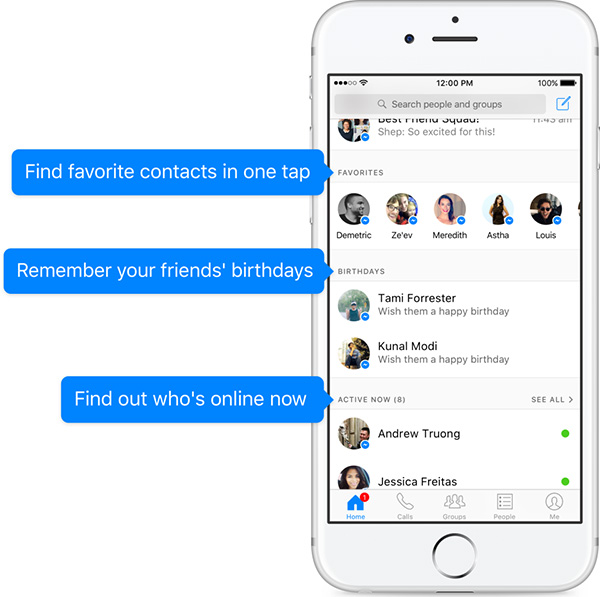