Facebook Marketplace Announced, Lets You Buy And Sell Goods With Nearby Users

Facebook has announced the launch of Marketplace, a new e-commerce feature for the social networking site that integrates directly into the existing Facebook experience to allow the sale of goods and items from user-to-user in nearby area.

Facebook is rolling out the new Marketplace feature this week in the United States, United Kingdom, Australia and New Zealand as part of a drive to streamline and provide official access to existing behavior that it already believes takes place on the social network on a daily basis. 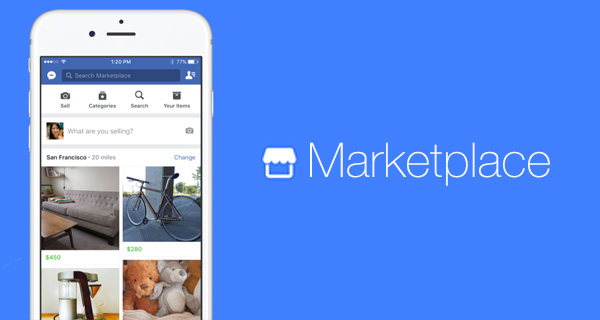 The whole Marketplace feature is introduced in order to facilitate the buying and selling of goods between users in a local community, with Facebook believing that up to 450 million people already take part in this type of activity via various Groups that exist on the Facebook network. According to Project Manager Bowen Pan, Facebook’s Marketplace feature streamlines and formalizes that process in order to make it as easy as possible for buyers and sellers to connect with one another when in close proximity.

Like many other features that get added to Facebook, the new Marketplace icon will filter into the existing Facebook experience by replacing the current Messenger icon in the native Facebook mobile app. Tapping on that icon will instantly take the user to a new page that includes an automatically generated page of items that are for sale based on what Facebook believes that individual user might like to purchase.

The list of products or items is generated from the information that Facebook holds about a user from pages that have been liked, as well as buying and viewing activity that will be gathered over time as the user interacts more and more with the Marketplace itself.

Additionally, users can also manually change the location in which they wish to look for items for sale. 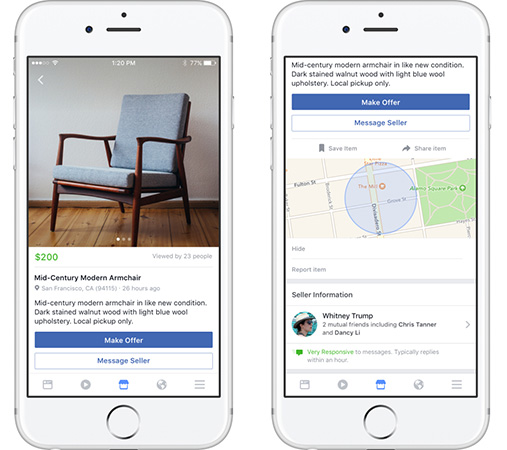 Selling an item is also as simple as viewing what is essentially a selection of algorithmically curated items for sale. Sellers will be asked to upload a photograph of the item for sale, provide a name, description, price, and the location of the item. The rest of the experience is pretty much exactly what you would expect from an online marketplace of this nature.

Users can view nearby listings based on category and item type, as well as view items in other cities or regions in what will be a mobile-only experience, at least initially.

It’s likely that users in the aforementioned four locations will start to see the Marketplace icon appearing in the Facebook app very soon. Do make sure you’re running the latest version of the app on iOS or Android.