Facebook has today announced not just one, but two new Google Chrome extensions, which it hopes will not only improve users’ ability to share content on their timeline, but also to save content for reading later should the need arise. The new extensions were announced alongside a redesigned Like button, along with improved mobile-friendly button sizes.

The new Share extension allows web developers to design their websites in a way that allows Facebook users to instantly and easily share content with anyone they so wish. Users can also add a comment at the time of sharing if they want, but they don’t have to if they do not. 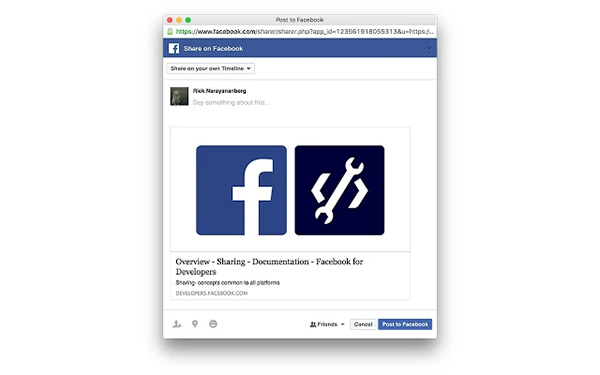 Everything will be handled via a pop-up window once the user clicks one of the new buttons, with users never once pulled away from whatever they were doing before the urge to share overtook them. You can view a demo of the extension in the video below embedded at the end of this article.

Also available is a new Save extension that allows users to save content to be checked out later. Facebook’s Save feature now has more than 300 million monthly active users, meaning the extension could get plenty of use, indeed. In a world where information overload is very real, being able to effectively bookmark something to be read or watch at a time that suits the user is certainly coveted, and this new Chrome extension aims to make it as easy as possible. 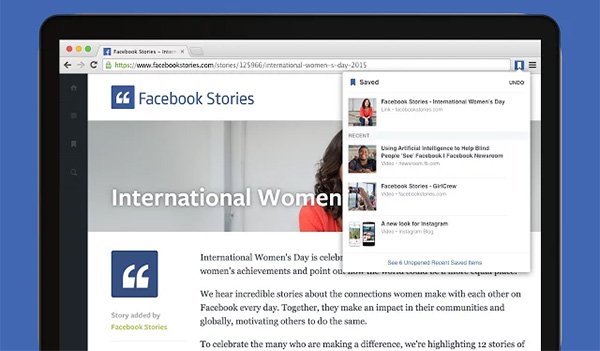 Along with the Share, Follow and Save to Facebook buttons, the familiar Like button is also getting a revamp, making it look more svelte and modern without losing any of the charm. It may look different, but the newly redesigned Like button is instantly recognizable as being just that, a Like button. Score one for Facebook’s button design team as far as we’re concerned! Facebook will be rolling the redesigned buttons out to websites in the coming weeks.

The Chrome extensions are available for download right now.