You can now get Facebook++ iOS 11 IPA download on your iPhone. No jailbreak is required for this to work on your device.

Like a lot of other apps which carry the “++” convention in their name, Facebook++ has proven to be extremely popular ever since it first found its way onto jailbroken devices through the Cydia platform. The additional functionality found within gave a lot of Facebook users the power and control that they craved for when accessing the service via their iOS device. 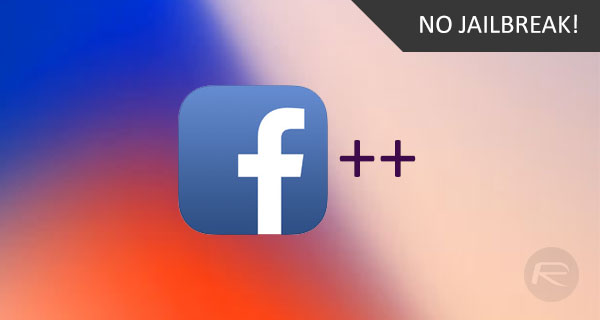 That power was then carried over to devices which weren’t jailbroken through the provision of an IPA file which could be loaded onto a non-jailbroken iOS 10-powered device. Apple then released a major version of iOS this fall, iOS 11, which broke compatibility with many ++ apps. Facebook++ has now been updated to work with iOS 11.

From a functionality perspective, anyone looking to get involved in Facebook++ can expect a fully featured app which offers both News Feed and Messenger experience all-in-one so that you can access both without having to leave the app. There are also timestamps for every single message, the ability to send unlimited photographs in communications, and even the ability to disable the VoIP calls should you see fit. Facebook++ also comes with an array of enhancements to how the News Feed works, including the ability to copy videos directly to the clipboard and even see things in the correct chronological order rather than what Facebook deems popular or important.

If you have taken the opportunity to update your iPhone, iPad, or iPod touch to a version of iOS 11 offered by Apple, and absolutely love the idea of being able to get the Facebook++ experience for that device, then you are indeed in luck. First and foremost, you are going to need to download the iOS 11-compatible Facebook++ IPA file from here. 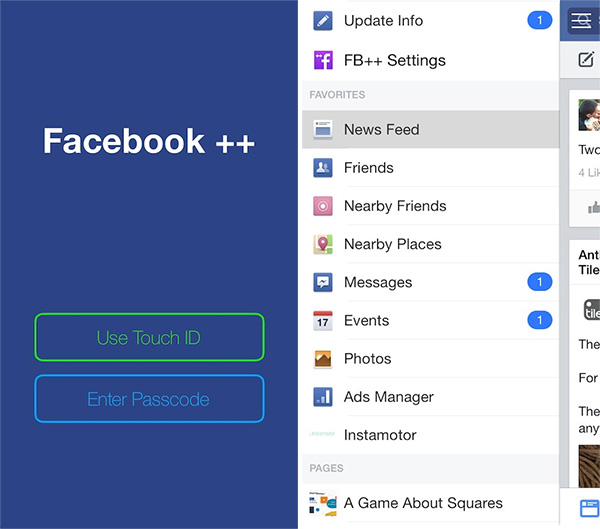 Once you have the IPA in your possession, you are pretty much primed and ready to attack the relatively simple installation process. That process is largely the same as it was for devices running iOS 10, which we have already covered. When you are ready to sideload on your non-jailbroken device, you can find and follow that process through right here. Just make sure you use the IPA file for Facebook++ linked in the article above when following the instructions. Enjoy!