Facebook has just launched an experimental initiative for its users, called Place Tips. As you can already tell by the name itself, the feature will be bringing you relevant information based on your location. More on this brilliant development from the social networking mammoth, right after the jump.

Back in the day, Foursquare was all the rage with its location based check-ins and information sharing, and even though the app is widely used, there’s the likes of Yelp as well, but comes with a slightly different approach than that of Foursquare. With Facebook already serving the ‘check-in’ needs for our social broadcasts, Zuckerberg and his team’s new Place Tips feature is taking it further and could very well end up directly challenging Foursquare.

What Facebook will be doing is that it would try and figure out your current location (granted you have location services enabled), consequently suggesting tips, photos, posts and more, relevant to the place you’re at, right into your News Feed. More so it will also pop up the place’s official Facebook page (if any). 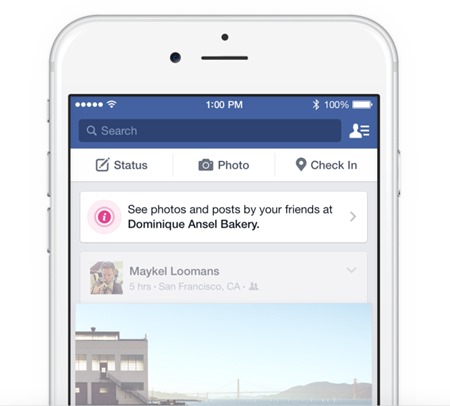 If you’re anywhere else except New York City, then don’t bother looking for a Facebook update or hitting your favorite joints just yet, since the feature has been launched as a pilot program only, and NYC is where it’s all happening. 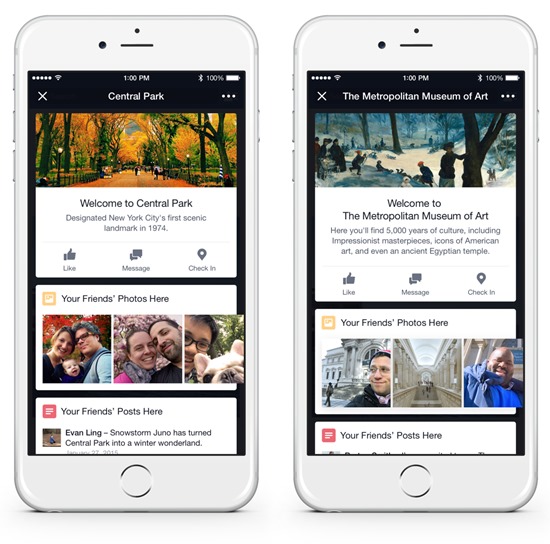 Why NYC? The city is densely and extensively connected over the Web, with plenty of offices and businesses packed together in one massive cluster, which should make establishing a user’s exact location quite the challenge, which is precisely why Facebook decided to go with the mega city. According to product manager Mike LeBeau, "There are a lot of difficult technical problems to solve here. Knowing for sure which business to surface… we’re using GPS and Wi-Fi to try and figure out where you are." 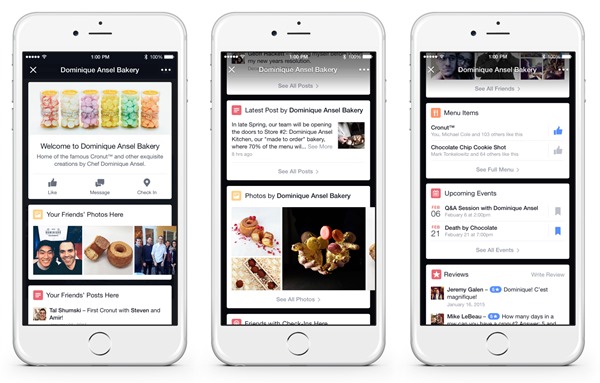 For those worried about the privacy aspect of it, LeBeau has suggested that this feature does not change anything in Facebook’s privacy settings with regards to location, emphasizing that location sharing is still a user decision with fine control over who they share it with in case they wish to do so. Place Tips will only be digging up and presenting publicly-shared content related to that particular location. However, Place Tips can be disabled from being displayed in your News Feed as well. 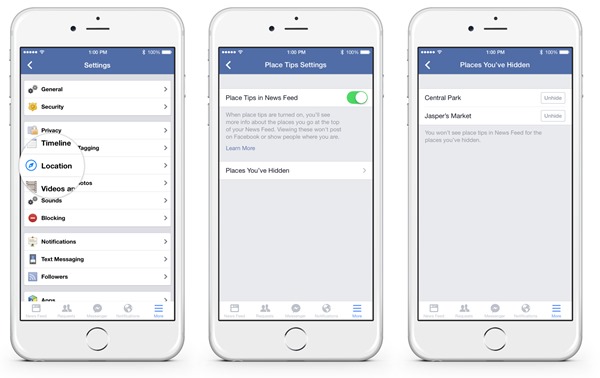 The feature is currently available for iOS users in NYC, and should be rolled out to Android as well when it expands to more cities.