Facebook For Android App Beta Program Now Open For Everyone

One of the great things about the Android platform in general is its ability to be hacked, and if you do so happen to enjoy this popular pastime, you’ll likely be quite enthused of Facebook’s decision to run an all-new beta program for its official Android app.

The Menlo Park-based social company has taken quite a shining to Google’s platform of late, having recently introduced its very own Facebook Home launcher for select devices, but the integration with the Android faithful clearly doesn’t stop there. From the company’s headquarters earlier on today, engineering director Mike Shaver, along with product manager Ragavan Srinivasan, disclosed some of the details of Facebook’s new beta program, affording those with a vested interest in Facebook’s Android app to get stuck in and help the process along.

Shaver describes the program as a “really interesting opportunity for people to take part in a piece of software that means a lot to them.” Of course, the involvement of willing volunteers will only but aid the progress of the Facebook app, helping the already solid app continue to improve while also keeping bugs and imperfections down to a minimum.

Facebook did once run a kind of beta program, but its lack of compliance with the Google Play ToS meant it couldn’t really get going. But with Google now allowing for official beta testing through the Play Store, Facebook has unsurprisingly been swift to hop on the bandwagon.

The only thing that beta testers need do to get involved is download the beta app, and begin reporting any bugs from within the app as and when they stumble across them. However, to get these kinds of dev-like features, willing participants will need to connect with the Facebook for Android Beta Testers Google Group and opt in to beta testing program via Google Play. The beta will then be downloadable, and testers will be able to help improve core stability and functionality of the Facebook app. 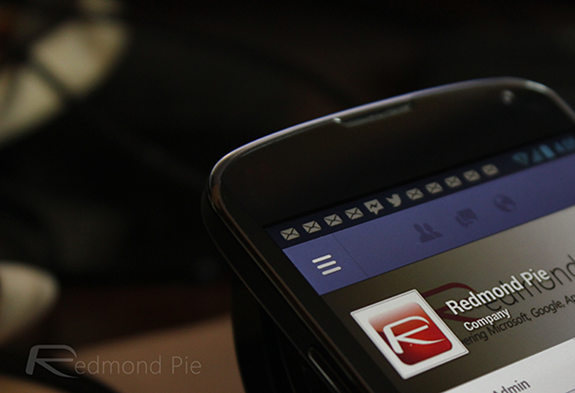 With no limitations on the number of beta testers, it’s a bit of a free-for-all, and with Facebook’s mobile prowess having come along in leaps and bounds just recently, this will certainly help the improvements continue.