Facebook Downvote Button Is Being Tested, Here’s How It Works

Part of Facebook‘s identity has always involved the infamous Like button, one that allows users to show their appreciation for a post, comment, image or whatever happens to have been posted to Facebook at the time.

This has obviously, over the years, led people to request a dislike button, and while Facebook has seemed far from keen to offer such a button, things may be starting to change. 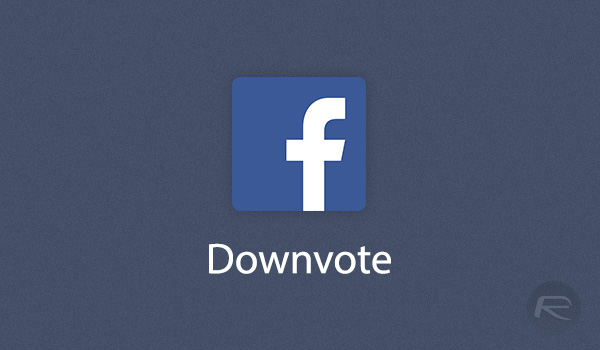 According to a new report by TechCrunch, Facebook has started testing a Downvote button, with around 2.5% of Facebook’s US-based users being presented with the new button. It’s not a dislike button, and Facebook is keen to point out that the two buttons are very different.

When tapped, the downvote button hides a comment, and gives users additional reporting options like “Offensive”, “Misleading”, and “Off Topic”. Those could help Facebook figure out if the comment is objectionable, a form of “fake news”, or just irrelevant.

Users who downvote something don’t need to worry about reprisals – downvotes are not visible on posts – and at the moment, the button is only offered on posts by Pages, not by users or groups. Facebook apparently believes that a Dislike button would create too much of a negative atmosphere on its social network, and instead believes that a Downvote button is more of a tool that will allow users to bring content to the attention of moderators.

A Facebook spokesperson tells TechCrunch Facebook that the motivation behind the downvote button is to create a lightweight way for people to provide a signal to Facebook that a comment is inappropriate, uncivil, or misleading.

Facebook may never roll this out to the wider community, but the company has been known to test new features on small portions of its user base ahead of making them available to everyone, so if you don’t yet see a Downvote button, there is still a chance that you will at some point in the future.