The sixth iteration of the iPhone was recently announced during an Apple organized media event in San Francisco, with Apple’s Senior Vice President of Worldwide Marketing claiming that the new iPhone 5 is "the best thing to happen to the iPhone since the iPhone". Apple’s popular little smartphone has often been described as the device that changed everything in the smartphone world, so surely, it needs an accompanying product that changes everything in the accessories world, right?

There are a number of fantastic, powerful and innovative devices that exist on the market for Apple’s mobile devices, but the creators of the Everpurse seem to be under the impression that they have created a product that exists as the perfect companion to the iPhone 5 / 4S / 4. The handy little purse, that is currently trying to gain funding as a Kickstarter project, is essentially a nice little carrying purse that has a built-in 2,500 mAh battery. 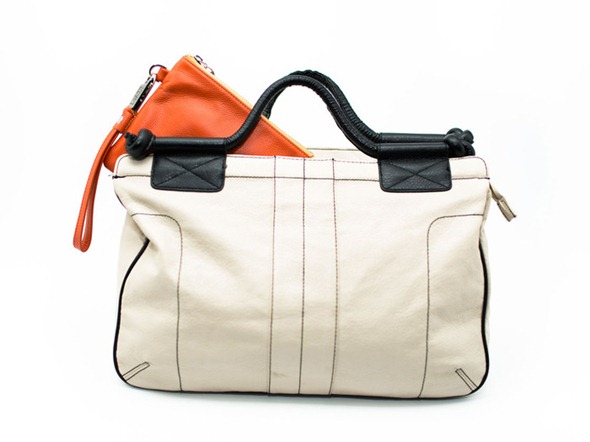 It is pretty much guaranteed that a smartphone or mobile device owner had to suffer at the hands of a battery that just can’t hold any juice and ultimately gives up the ghost and shuts down the device. We all know this is going to happen, after all, we haven’t quite found the solution to the everlasting battery just yet. Additional battery packs are an option, but they are often clunky and detract from the gorgeous design of the handset. The beauty of this product is that all the user needs to do is slip the device into the pocket of the purse and it wirelessly charges the iPhone on the go. 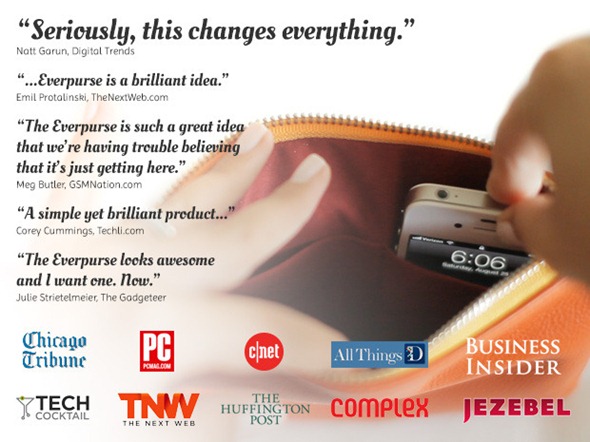 The handy little bag comes in a variety of attractive colors, with the designers manufacturing the product in either fabric or leather, so the style conscious iPhone owner among us is covered pretty well. Backers can choose to add another charging mat or a full bag to their pledge, as well as even opting to have a personalized message or logo embroidered onto their purchase. If purchased, the team is promising that the Everpurse has enough power within it to take an iPhone from 0% charge up to 100% twice over. Even the most hardcore device owner would struggle to whip through three charges in a day.

At the time of writing, the project was sitting at $75,481 of the required $100,000, with a huge 29 days to go, so it looks as if this one will see the light of day sooner rather than later. The first two pledge levels are sold out, so to get in now, backers will need to part with $129 which will see them receive one fabric Everpurse in a color of their choice. We’ve seen DIY wireless charging methods before but this one really blows everything out of the water, considering that it is extremely portable, and the simplicity it has to offer is unmatched from any other wireless charging method we’ve seen to date.