Dropbox Now Offering Up To 16GB Of Free Storage Just By Referring Others, 500MB Per Refer

If you’re a big fan of Dropbox – and let’s be honest, if you’re reading this then you probably are – then you are just going to love this news. Not just like, not just really like. Love!

Dropbox, the company that powers many of our online lives by giving us the ability to have all our documents with us right when we need them, is now doubling the amount of free space users receive for referring a friend to the service. Double? Yup, double.

So, what does that mean in real terms? Well, if you’re a user of the free Dropbox service then you’re going to receive 500MB of free storage per user you refer. That’s double the 250MB you would have received yesterday.

Users of the free service can now refer up to 32 people, leaving people who don’t pay a penny to Dropbox potentially walking away with an extra 16GB of space. Wowza!

Those who pay for Dropbox are also getting their referral rewards doubled. That means that users of the premium Dropbox service can gain 500MB for each person they refer, with a maximum of an extra 16GB on top of the space they already pay for.

The long and the short of that as far as we can tell is that, assuming you have enough people you can refer, then the free Dropbox account is the way to go. You’ll get loads of storage space, and for absolutely nothing. The problem is, we don’t want to recommend you do that.

See, we’re big fans of Dropbox here. Like many if you, we use Dropbox as the center of our digital lives, keeping not only our documents in sync, but our apps, too. Dropbox was there before Apple brought us iCloud, and we’d argue that it is still streets ahead of anything Cupertino can put out. 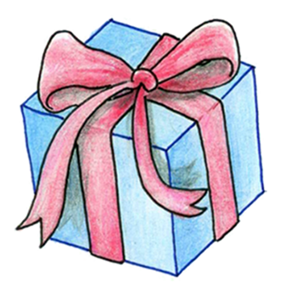 So, dear reader, even if Dropbox seems intent on killing its own business model, we are not.

Go forth, and if you can make use of loads of online storage, then give Dropbox a slice of your hard earned cash. Head over to this link and get started with Dropbox, and oh, be sure to refer your friends to sign up as well, we know you want to.