You can now download wallpaper of iOS 11 beta and macOS 10.13 High Sierra beta for any iPhone, iPad or Mac. Here are the details.

Apple’s iOS 11 platform and macOS 10.13 High Sierra are now available as beta versions, and in addition to coming packed full of new features and notable improvements, both OS also come with a solitary new wallpaper which would look fantastic on any iPhone / iPad or Mac. There’s always a new buzz and excitement within the Apple community whenever new versions of iOS and macOS are released, but for those who take a more visual approach, the two new wallpapers; one for iOS and one for Mac, should definitely be appealing. 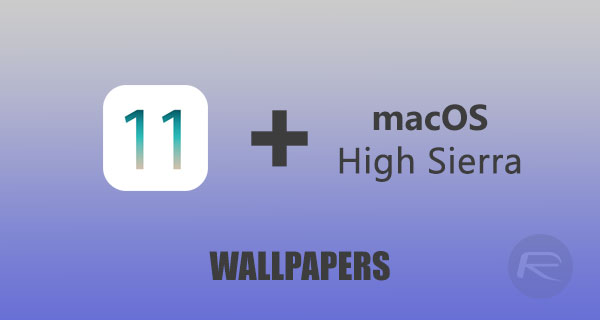 It’s probably fair to suggest that excitement levels have been ramped up to astronomical on the back of iOS 11 and macOS High Sierra announcements at the WWDC opening keynote. It was exciting enough to not only see all of the new features in action, but to also hear how many times Apple’s executive team could get the phrase “machine learning” into the various talks and demonstrations. We will learn and know more about those features in good time, but let’s be honest here, it’s the stunning new wallpapers that a lot of owners are after.

The fact that the initial iOS 11 beta and macOS High Sierra beta comes with a new wallpaper will be disappointing news to those who can’t get access to the beta, or who don’t wish to go through the process of downloading and installing a buggy initial beta onto a device that’s used daily. That disappointment is understandable until you learn that we have actually extracted both those stunning high-quality wallpapers and made it available for all to download to use on their existing devices regardless of the firmware version it’s running.

The image is the same stunning quality that you would expect from an Apple-provided wallpaper designed to truly maximize the potential of the iPhone and iPad and of course, Mac’s Retina displays. 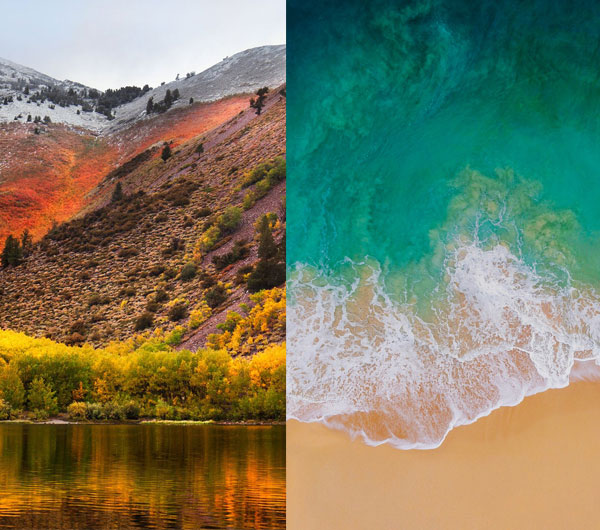 The quality is definitely there, but it is slightly disappointing that Apple has chosen to only issue one new wallpaper offering with the iOS 11 beta release. Historically speaking we have seen the company continue to add additional graphical assets into the bundle with each new release, which means that as we progress we should definitely get more new and shiny wallpapers to add to this solitary offering.

As always, we will keep you updated on those, but for now, you can grab the new coastal wallpaper for iPhone and iPad from iOS 11 directly from here, while the one from High Sierra can be grabbed from here.