The Chinese jailbreak team has released TaiG version 2.2.1 with fix for setreuid patch and some other improvements. The full official changelog of v2.2.1 is as follows:

The fix for setreuid patch is important as it prevents apps from getting root access on your jailbroken device. This flaw was first pointed out about by i0n1c. 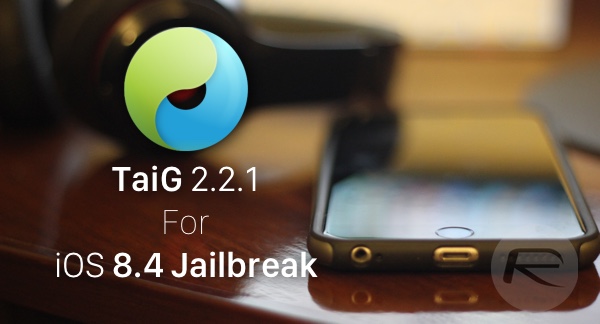 If you are already jailbroken using previous version of TaiG, you don’t need to jailbreak again as an update for this will be available on Cydia shortly. We will update as soon as it is live on Cydia. (Update: 2.2.1 update is live on TaiG’s repo on Cydia. Here’s how to install it to fix setreuid patch on already jailbroken devices: Fix setreuid Flaw With TaiG 2.2.1 On An Already Jailbroken Device, Here’s How.)

For those who are yet to jailbreak, from now onwards it is recommended you use TaiG 2.2.1 for jailbreaking your device.

Like versions before it, TaiG is available for Windows only and is compatible with all iPhone, iPad and iPod touch models running iOS 8.4 all the way download to iOS 8.1.3.

Update x1: If Cydia is crashing for you after TaiG 2.2.1 update, it is apparently because Cydown changes file permissions. Wait for an update to Cydown on Cydia to fix the crashing issue.