Valve has released a brand new Steam Chat app for iOS and Android devices. The app contains a lot of the chat features which are already present in Valve’s desktop app and gives mobile users an opportunity to interact with advanced rich chat functionality.

Valve has been placing a lot of importance on updating its apps and services recently in order to try and better the experiences for its users. 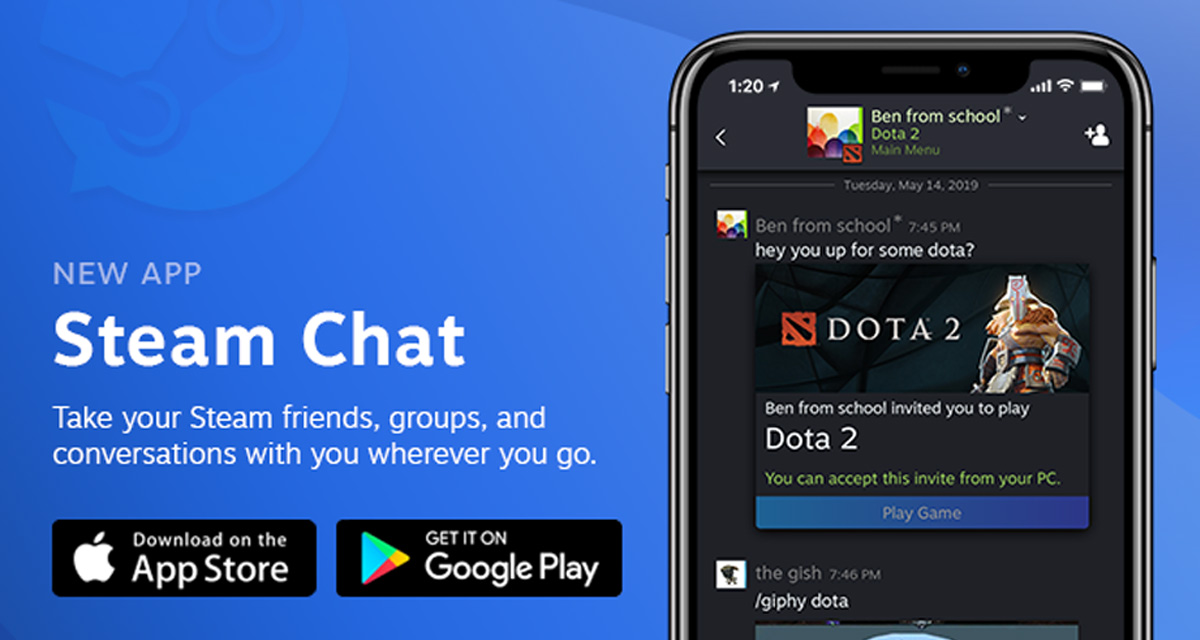 This has recently included an overhaul of its desktop experience to better compete with rival Discord as well as the relatively recent release of a native iOS and Android app for beaming Steam games from a PC to the running mobile device. With this latest release, Valve is bringing the full chat experience into one place within a standalone app.

Valve has released this app to allow Steam users to take “friends, groups, and conversations with you wherever you go,” with the app embodying much of the rich and impressive functionality that already lives within Valve’s desktop Steam client. This includes getting immediate access to a friend’s list to see who is on or offline as well as immediate invite links to be able to add new friends to Steam with relative ease. Valve has also included customizable notifications so that messages and game invites are never missed.

As you would expect from any app of this nature in the modern digital age, the new Steam Chat app also includes support for rich and vibrant chat functionality, including support for Steam emojis, high-fidelity links, tweets, and even GIFs to perfectly convey feelings on a particular topic. Group chat is also a core component of the experience allowing a much richer chat experience with multiple friends all in one place. 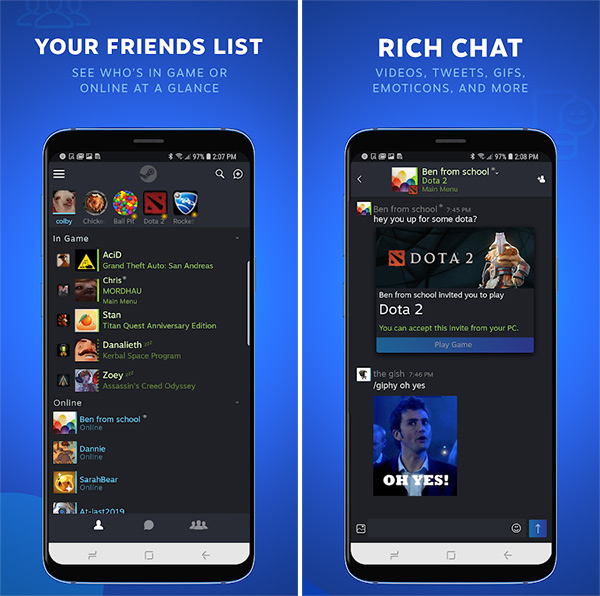 Valve has previously had some issues with Apple accepting its Steam Link app onto the App Store but those issues are hopefully resolved for good now. It seems that no such issues were experienced with the new Steam Chat app, which is available to download and consume with immediate effect for iOS and Android from the iOS App Store and Google Play Store, respectively.