While Samsung announced Galaxy Note 5 last week at the 2015 Unpacked event, it is yet to officially hit the store shelves in U.S. However the wallpapers that come bundled with the device have already been leaked, so while you may have to wait to get your hands on the device, for now you can load these stock Note 5 wallpapers on any device you might have to get through that wait period.

These wallpapers come in courtesy of XDA-Developers forum member Gabri, who managed to get his hands on a Korean Note 5 early and was kind enough to pull these wonderful wallpapers to share them with everyone. 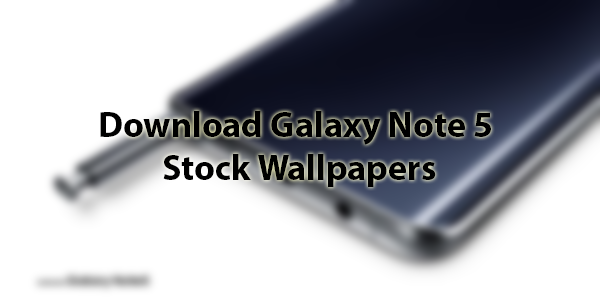 Samsung initially started out by bundling colorful wallpapers on their Android-based devices, and the company remained enamored with that theme for quite some time, that is until the arrival of the Galaxy S6 and S6 Edge earlier this year. The arrival of these two devices saw Samsung take a completely different direction with regards to not just the phone’s aesthetics, but the choice of colors for its wallpapers as well, and even the TouchWiz UI. The era of colorful UI and wallpapers was partly Samsung’s way of highlighting the prowess of its AMOLED displays, but now it seems like the company has realized that these displays are no more a unique selling point, hence the move to cooler and more subtle wallpapers. 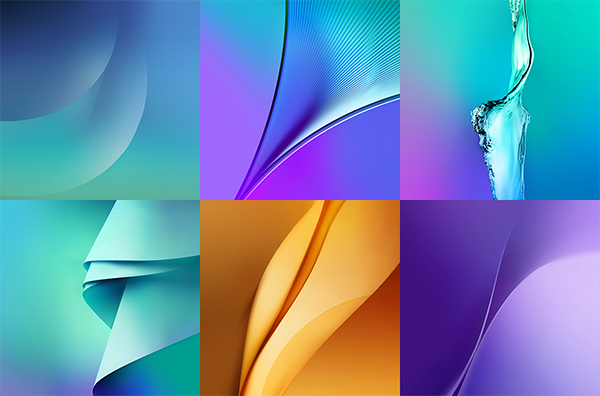 Even though all wallpapers enjoy cool color temperatures to complement the Note 5’s new exterior, design-wise Samsung has continued to employ a similar theme which revolves around a lot of curves and water based renders.

Galaxy Note 5 carries on with that strategy and comes bundled with six new wallpapers that are neither available on the Note 4 nor the Galaxy S6 lineup, though we will have to wait a bit to see what new wallpapers does the new Galaxy S6 Edge+ packs.

You can download all of the six official new Samsung Galaxy Note 5 wallpapers in their original resolution from here.