Apple has just dropped iOS 9.3.3 beta 1 download for supported iPhone, iPad and iPod touch models. This release comes only a week after Apple released final version of iOS 9.3.2 to public.

Given how close we are right now to Apple’s WWDC 2016, which is starting on June 13th, it’s unlikely for Apple to include any new user-facing changing in iOS 9.3.3. 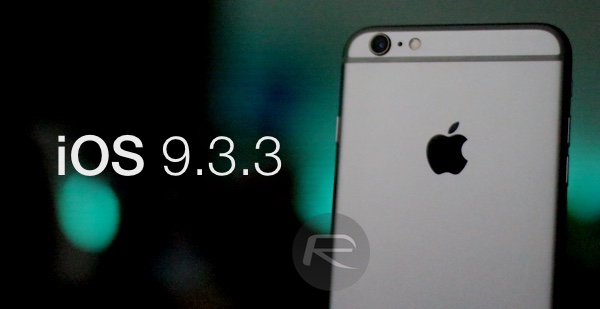 While iOS 9.3.3 may end up featuring a fix for error 56 issue in iOS 9.3.2 which apparently bricked some 9.7-inch iPad Pro devices before Apple pulled the update over the weekend, it doesn’t look like it does yet though as the first developer beta of iOS 9.3.3 is currently not available for 9.7-inch iPad Pro model.

iOS 9.3.3 beta 1 is currently available to developers only who are registered on Apple Developer Program, and can be downloaded from developer.apple.com.

If you are already a running a previous beta version of iOS though, you can simply head to Settings > General > Software Update on your device and grab the iOS 9.3.3 beta 1 update for your iPhone, iPad or iPod touch directly from there.

While iOS 9.3.3 beta 1 isn’t available to public beta testers yet, it’s only a matter of time before Apple makes it available for those registered on Apple Public Beta Program. We will update this post whenever that happens. Stay tuned!