This is just in. Apple has just released iOS 7.0.6 download for all of the newer devices. The new download is available as both OTA update and direct download for supported iPhone, iPod touch and iPad devices.

According to official changelog, iOS 7.0.6 includes a fix for SSL connection verification:

This security update provides a fix for SSL connection verification. 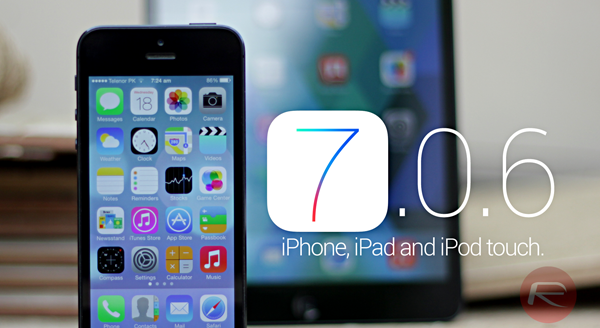 With reports that iOS 7.1 is headed in the next couple of weeks, it’s unlikely that we’ll be seeing many more iOS 7.0.x updates, and this may well be the very last before the next big installment.

Along with iOS 7.0.6, which carries the build number 11B651, Apple has also pushed iOS 6.1.6 for older devices. Apparently, the impromptu update is for security reasons, providing an SSL connection verification fix.

iOS 6.1.6 (build 10b500), offers the same security fix, and is now available for those running the somewhat antiquated iPhone 3GS or 4th-gen iPod touch.

The SSL connection verification issue must have been deemed urgent enough a problem to warrant this rather surprising update, particularly with iOS 7.1 reported to be just around the corner. Packing the all-new iOS in the Car feature, as well as a bunch of other interface tweaks, performance enhancements and general bug fixes, iOS 7.1 has been in the works for quite a while now, but with the Cupertino said to be applying the finishing touches as we speak, the wait for its arrival is almost over.

Until then, though, there’s the small matter of iOS 7.0.6, and all of the download links for ach device can be seen below. Of course, you can just apply the over-the-air update, but we’d always recommend updating through iTunes. 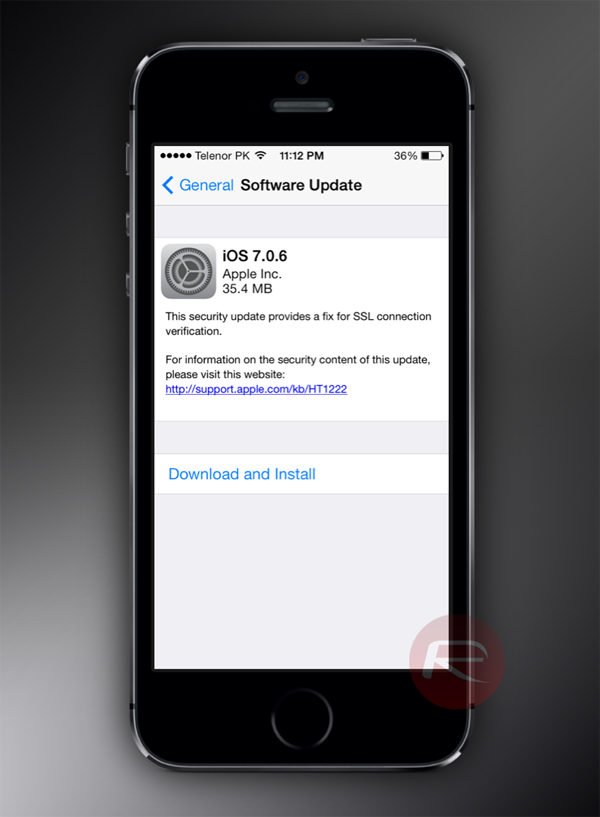 This seems only to be a general, performance-based update — we’ve not noticed any significant new features. But if you do happen to stumble across any, be sure to share your findings with us via the usual mediums below.

Update x1: At the moment, there is no official word from Evad3rs on whether iOS 7.0.6 patches Evasi0n jailbreak or not. We will update the post as soon as we know more about it.