It’s that time again, where both Apple and Google choose an app to be made free for 7 days, with the app then returning to its previous price once the offer is over. Over the months and years we have seen some truly excellent apps represented as part of Apple’s free App of the Week, with Google putting its food into the water just recently. Both Google and Apple have announced the apps that they chose for their respective app store offers this week, with both likely to prove popular. 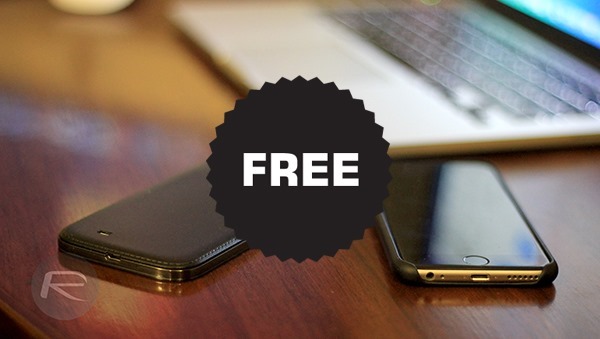 On the Android front, fans of Thomas the Tank Engine and Friends will be pleased to learn that a game featuring the blue steam engine is now available for free via Google Play. Free for a week and normally costing $4.99, Thomas’s Musical Day For Percy has players exploring Sodor as Thomas gets ready to put on a musical show. If that doesn’t sound awesome, then we don’t know what happened to your childhood! 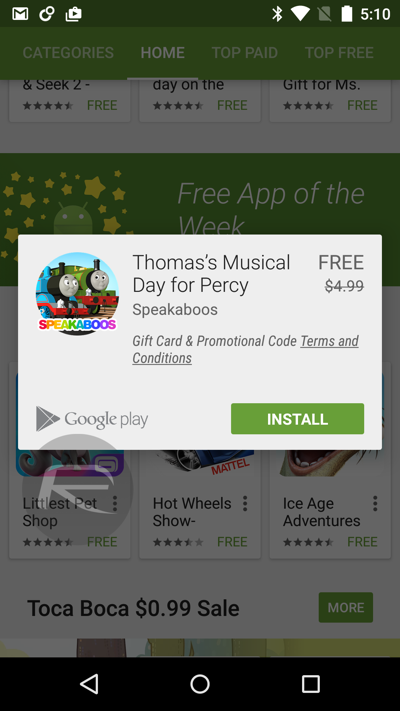 As for iPhone and iPad fans, Apple’s free App of the Week is Star Walk 2, and usually costs $2.99. Available to download form the App Store for free right now, this app teaches people about the stars using up to date charts and is described as a “next-generation tool for not only learning the exact position of stars, planets, constellations, comets, ISS, satellites, star clusters, nebulae and meteor showers in the night sky.” 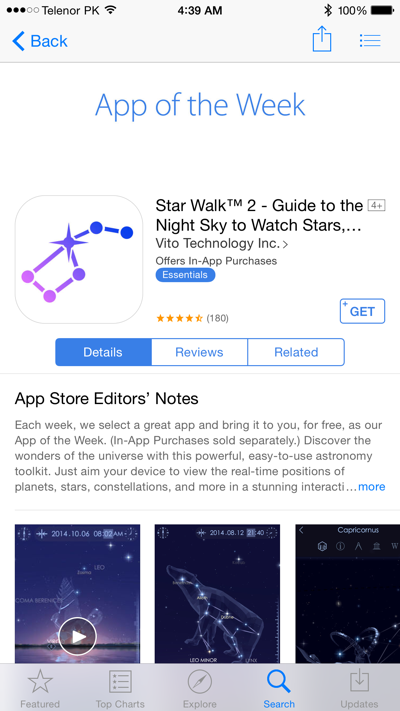 Both apps are worth their asking price, but when apps like these become free for a limited time then we recommend downloading them without delay. Star Walk 2 is a great little app for learning about the night sky, and Thomas’s Musical Day For Percy is great fun for both kids and big kids alike. If you grew up with Thomas as a kid, then all the more reason to download the app today.