We’re used to seeing semi-regular updates appearing on the App Store and Google Play Store for Facebook’s suite of apps – namely the standalone Facebook app, Messenger, and the now Facebook-owned Instagram – but unfortunately, the same really can’t be said for the Windows 10 platform. Windows phones users have had access to Instagram for a number of years now, but unfortunately for them it’s largely been left to rot with no ongoing support for latest features. Thankfully that all appears to be changing with Facebook publishing official and native Facebook and Messenger apps to the Windows Store for Windows 10, as well as updating Instagram for Windows 10 Mobile with all the modern features to fall in line with iOS and Android.

When Mark Zuckerberg declared that his company was “all in on Windows 10” in October last year, many consumers initially took that with a pinch of salt, believing that the platform would never get the same attention that’s lavished on iOS and Android. Users have previously been able to download and use a Windows 8 Facebook app, but today marks the release of standalone Facebook and Messenger app experiences for Windows 10, and in turn, brings the experience more in line with the more well-supported platforms. 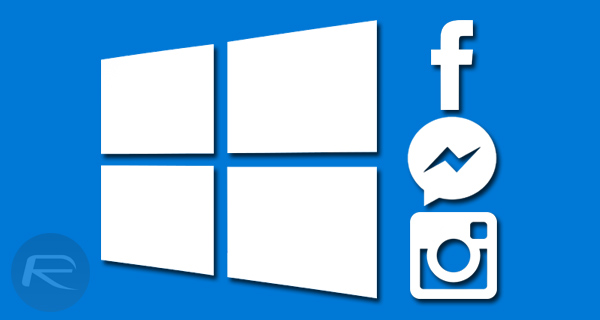 Facebook account holders using the new app can react to statuses and posts using the social network’s new array of Reactions emojis. The app also makes a distinction in the user-interface for events and birthday reminders that provide users with an immediate glance at their full social calendar.

Bringing in a full web-like experience, the app is also bundled with an in-app browser “to make it easier for people to read and share multiple articles from their News Feed.” As you may have already guessed, the app comes with Live Tile support, meaning you can pin the app to your Start menu with notifications appearing right on the tile. 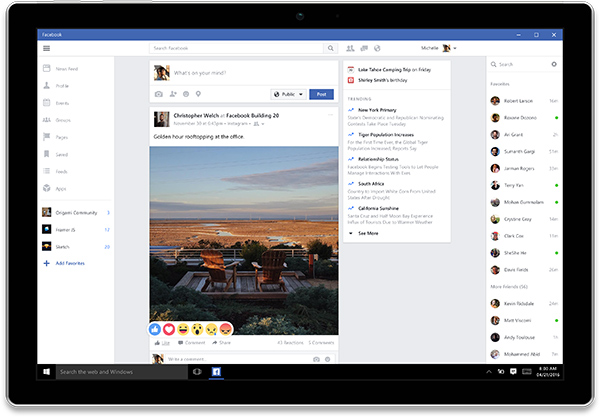 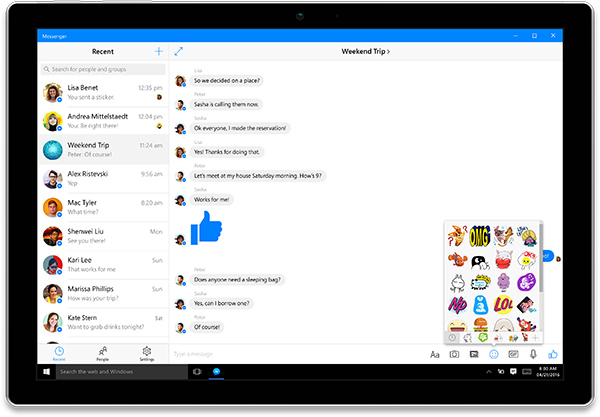 If Windows 10 Mobile is your platform of choice, and you love nothing more than sharing images of your latest meal or trip to the gym, then you shall be pleased to hear that Instagram has been updated to offer compatibility with the platform. There’s integration of modern features, such as multiple account switching, navigation through the Explore section, video support, and the ability to interact with users via the Instagram Direct private messaging feature. The app also supports Live Tiles. 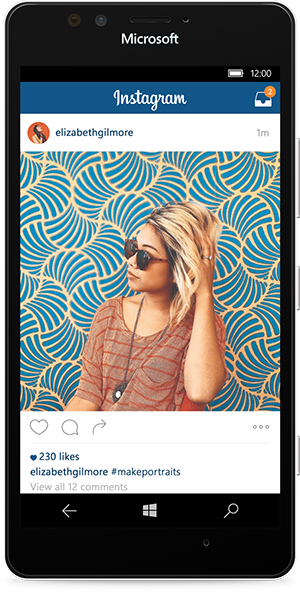