The Angry Birds franchise continues to march on, and following a plethora of titles so far, Angry Birds Go has just hit the App Store, Google Play, BlackBerry World and, yes, even the Windows Phone Store. It’s rare to see an app or game of any description release simultaneously for these three major ecosystems, but whatever your poison, you can now enjoy some enthralling go-kart action from the loveable characters of Angry Birds Go!

Rovio Entertainment, the Finnish company behind the uber-popular series, announced some time ago that Angry Birds Go! would be headed to mobile on  December 11th, but was available for iOS users on 28th of November, and right on cue, it is now ready to be enjoyed by what is still a very impressive fan base. 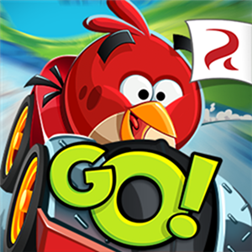 Despite sticking around for many years now, Angry Birds has remained squarely within our periphery, and although we’ve seen many variations of the slingshot-bird-into-pigs format, Angry Birds Go! is very much different. 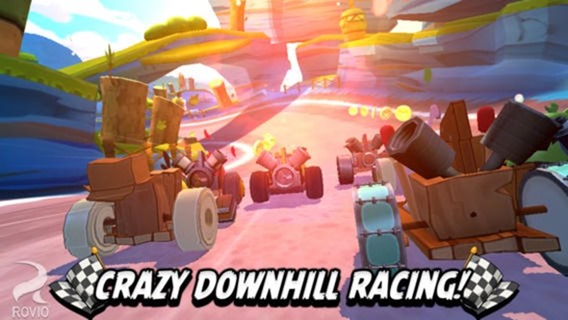 It still retains the charm and atmosphere that has made the Angry Birds franchise such a runaway success story, but it infuses elements of Mario Kart, Sonic All-Star Racing, and other such miniature motor adventures. 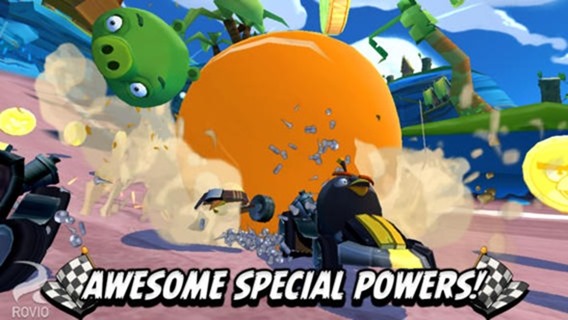 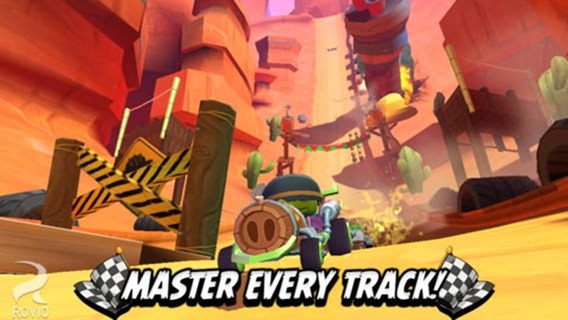 Although free to download, the game is awash with in-app purchases, and although you can collect coins in order to progress, you’re going to need a lot, and I mean, a helluva lot of coins to progress through certain stages.

The freemium system is a very polarizing topic, but if nothing else, it does allow enthusiasts to play a game for free, and assess whether or not they wish to spend money on enhancing the experience.

Anyway, below are the links, so fasten your seatbelts, and prepare to enjoy this all-action racing title.

Be sure to check out our iPhone Apps Gallery and iPad Apps Gallery, our Android Apps gallery, and also our Windows Phone 7 apps gallery to explore more apps for your smartphone and tablet.