Download And Install Android 2.3.6 Gingerbread (GRK39F) On Nexus One [How To Tutorial]

The almost obsolete Google Nexus One – predecessor to the Google Nexus S – has received a minor update to its operating system. Google has begun rolling out Android 2.3.6 Gingerbread (Build: GRK39F) for it and we’ll guide you on how you can install this update manually, right now. 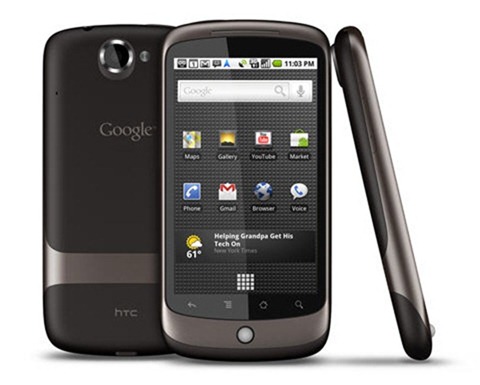 The Nexus One was Google’s first flagship Android smartphone. Released back in early 2010, the smartphone is nearly obsolete now. While its design remains timeless (many current-gen HTC phones carry similar designs), its internal hardware does not: The limited internal memory, a spotty touchscreen and poor battery life have not, at all, passed the test of time. This is especially because of the emergence of smartphones which perform better and last longer.

However, there are plenty of people out there who are still using the Nexus One as their primary phone. These people would be happy to know that Google is still pumping out OS updates for it. The latest update is Android 2.3.6 GRK39F – a security and performance improvement update – which is being rolled in the form of an OTA update. You can now either wait for that to come to you automatically or you can install it manually using our guide below:

Step 2: Rename the file to update.zip.

Step 3: Connect your Nexus One to your computer and transfer update.zip to the root of your phone’s microSD card, it should not be inside any folder.

Step 4: Turn off your Nexus One.

Step 5: Keep the Volume Down button pressed and turn on the phone. Scroll down to recovery and press the power/lock button.

Step 6: You should now see a triangle with an exclamation mark. Press Power + Volume Up button.

Step 7: A menu will appear. Select sdcard:update.zip. The screen will say install from sdcard complete.