DJI Mavic 2 Pro And Zoom Announced, Here Are The Details

After what seems like months of speculation we now know what the DJI Mavic 2 Pro and DJI Mavic 2 Zoom are going to bring to the party and most of the headline features are just what has been leaked recently. Both of the new drones are now available to order and ship, and neither of them is what we would call inexpensive.

Depending on which drone you opt for you will need to choose whether you need the 2x optical zoom feature offered by the Magic 2 Zoom because if not, the Mavic 2 Pro is likely the pick of the two,

Set to become the most powerful drone available on the market, the new Mavic 2 Pro continues the foldable design that made the previous Mavic drones so popular. With a high speed of 45mph and a flight time of up to 31 minutes, flyers can also take advantage of a 1-inch CMOS sensor capable of a resolution of 5,472 x 3,648 (20MP) and F\2.8 EQV 28mm lens, capable of capturing 4K video at 30fps. There’s also new support for video transmission of up to five miles with 1080p video included, up from the smaller range and only 720p that was offered by previous Mavic drones. Users will also get the benefit of HLG (Hybrid Log-Gamma is a high dynamic range.)

Featuring the same flight time and high speed as the Mavic 2 Pro, where things really differ is in the Mavic 2 Zoom’s ability to offer 2x optical zoom. There’s a 1/2.3 CMOS sensor with a resolution of 4,000 x 3,000 (12MP) and an optical zoom lens (24-48mm) with an aperture of F2.8 at 24mm. The same 4K 30fps capabilities are in play although there is no support for HLG, unlike the most costly Mavic 2 Pro.

No matter which option you go for you will get 8GB of onboard storage, a light to help when making landings in the dark and the new OcuSync 2 functionality that makes the added range and improved 1080p video streaming possible. Now all you need to do is decide which is right for you. 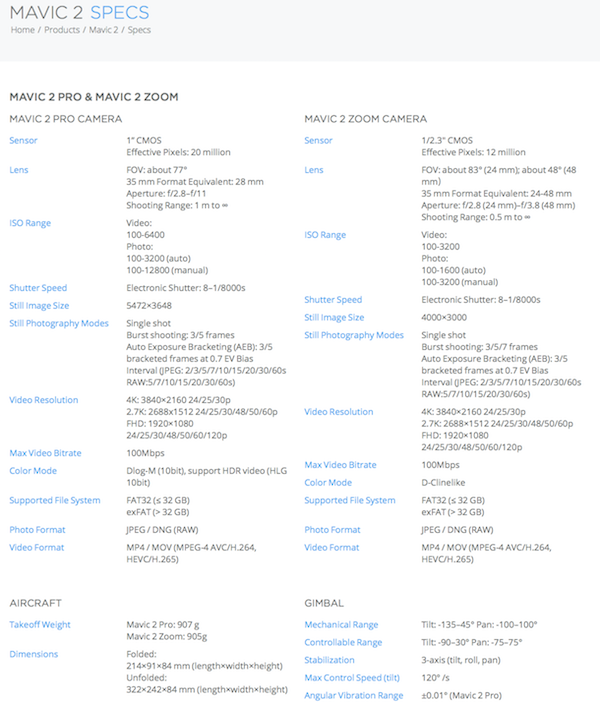 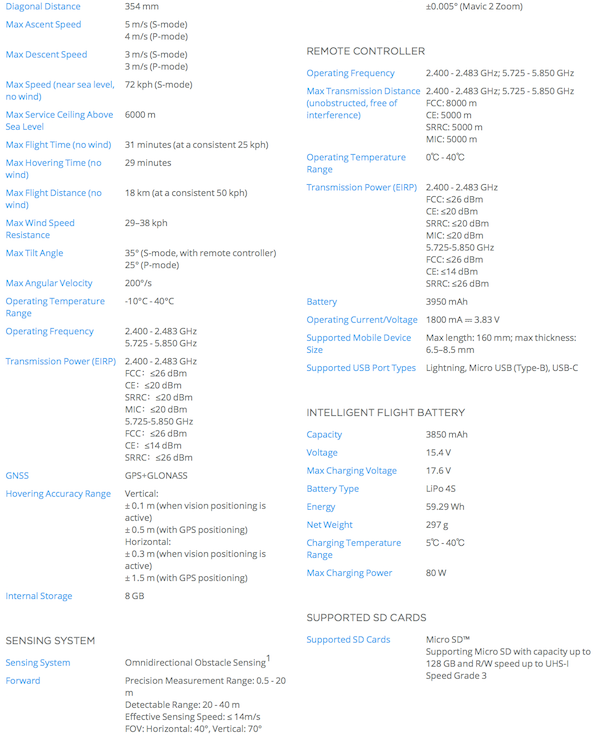 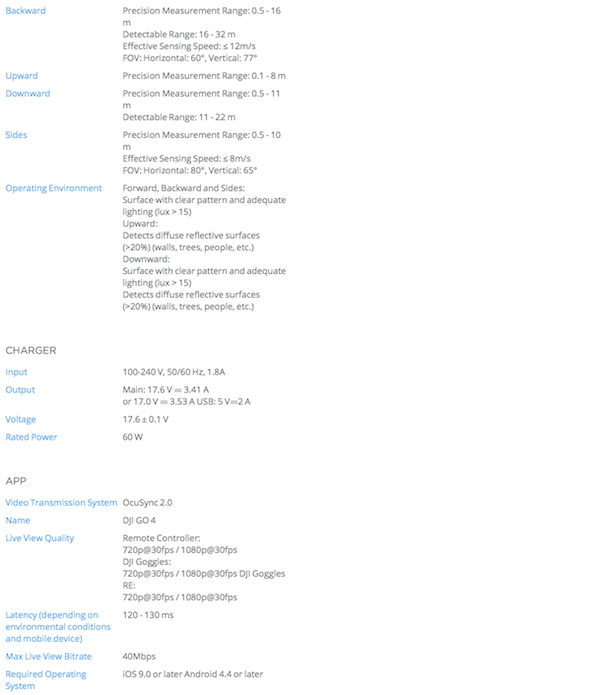