We’re getting closer and closer to the new iPhone(s) and to Apple officially releasing its pre-release software into the public domain. And, with each week that passes by we also have a new release of firmware into the testing community.

With that in mind, Apple has now issued beta 9 of iOS 12, and beta 8 of macOS Mojave, tvOS 12, watchOS 5 into the testing community. 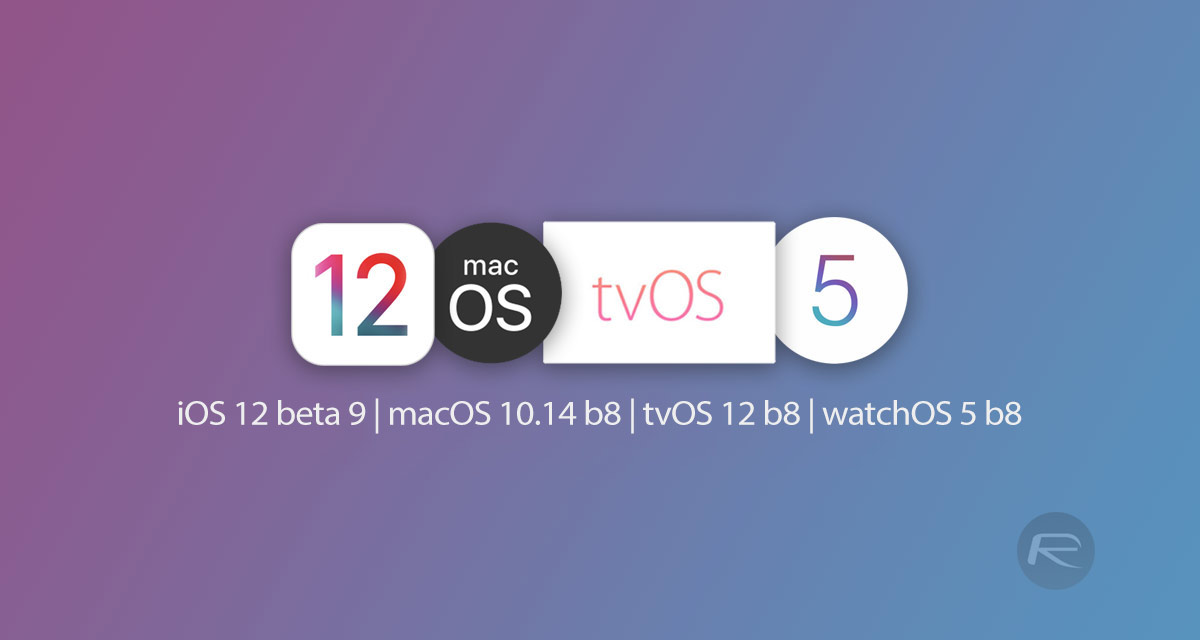 iOS 12 beta 9: This is where iOS 12 starts feeling like a finished product ahead of its release into the public domain next month. With this firmware, Apple is introducing a number of new and notable changes and improvements without going overboard and focusing on a total overhaul. ARKit will be updated to version 2, the new Memoji feature is intended to enhance the existing Animoji offering, and there is also a revamped notification system. Unfortunately, after recent announcements, there will be no FaceTime for 32 people.

macOS 10.14 Mojave beta 8: Apple is really trying to go all out with MacOS Mojave. There is a new Stacks feature which should help with clearing up clutter and organizing files better on the desktop. There is also a wonderful new Dark Mode to appease those individuals who have been crying out for this type of functionality. Mojave will also not feature the FaceTime calling upgrade as per the iOS 12 release. However, it does set the scene for Project Marzipan which is bringing a lot of excitement to developers.

tvOS 12 beta 8: tvOS is one of those platforms that there really isn’t a lot to say about. It does exactly what Apple TV owners want and expect from a product of this nature. With that, however, Apple has introduced support for Dolby Atmos for Apple TV 5 as well as introducing new features for developers to be able to build wonderful tvOS experiences.

watchOS 5 beta 8: This is a big one as far as Apple Watch owners are concerned. It comes with great functionality like being able to challenge others to Activity challenges as well as the integration of a brand new Podcasts app. It is, of course, filled with other features and improvements which make watchOS 5 an utter delight to use.

For those who are testing one or many of the platforms, all of the above are available right now for your testing pleasure as an OTA update from the ‘Settings’ section of the device itself, or directly as firmware download file from developer.apple.com.