A new app has been submitted to the Mac App Store that allows you to see changes that have been made in photos. Photo Police scans the photo and shows an updated image highlighting the suspected edits. 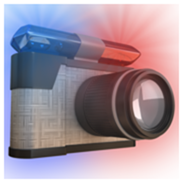 From the Mac App Store:

The application can be downloaded from the Mac App Store for $1.99. The developers who created the application, highlights what’s included in the detection process:

It’s not a relatively sophisticated application. As some reviewers point out, Photo Police may not find any edits at all. It’s also limited to only one type of image format, .jpeg. Considering the many more picture formats, .png and .bmp to name a couple, I’m surprised the application lacks the support flexibility. 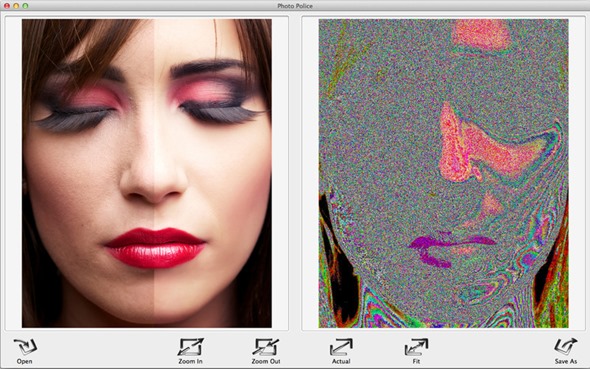 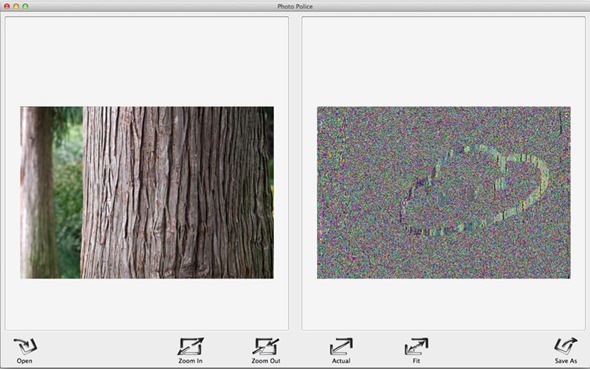 Once an image is uploaded to the application, you’ll receive a low-density pixel image in return. The updated image, resembling the white snow effect on a TV set, will highlight any suspected changes in the jpeg file. You’ll then have some basic functions found in most photo applications such as zooming or saving the updated image to your local hard drive.

Keep in mind, the software may find some changes that may not be Photoshop edits at all. These edits include, but are not limited to, effects from the camera used to take the photo or alterations originating from another piece of imaging processing software.

The final verdict is a coin toss, at least for a while. Reviews are what make or break an app, and in this case, the two that are present are both negative. As one reviewer, claiming a background in photography, points out:

If you want to make sure that your friends aren’t removing pimples from their photos, this is an acceptable App. If, however, you need to check the validity of a photo, Photo Police appears basically useless.

The app should be used for what its. An app used for entertainment purposes.