Writing for VentureBeat, known Android rumor-mill spearhead Evan Blass has revealed a host of new details for Samsung’s unannounced Galaxy Note 8, including those of its specs, price and expected release date.

The report claims to have obtained information from “an individual briefed on the company’s plans,” where said info points to an announcement in the second half of September. According to the individual, the 6.3-inch smartphone will retail for a whopping €1000 (around $900 in the US based on retail translations for the S8 and S8+) in black, blue and gold flavors.

With the Galaxy S8+ already boasting an impressive 6.2-inch display, this iteration in the Note series is in for a challenge when it comes to setting a selling point. It seems Samsung’s play will be to confide in more powerful internals, a dual-lens camera, and of course, the S Pen stylus. With the same chipsets as those powering the Galaxy S8 and S8+ – Exynos 8895 and Qualcomm Snapdragon 835 – beating at its core, the Note 8 will take things a step further with 6GB of RAM.

The dual-lens camera system are alleged to make use of 12MP sensors, each with optical image stabilization (OIS). The cameras, unphased by the rumored design change of the iPhone 8, will be laid out in a horizontally, with the flash, heart rate and fingerprint sensors to its right.

Perhaps the least surprising is Samsung’s purported move to fit the device with a meager 3300mAh battery, seeing as the biggest concern for consumers this time around will most likely be the possibility of battery faults similar to the ones that lead the Note 8’s predecessor to its demise. 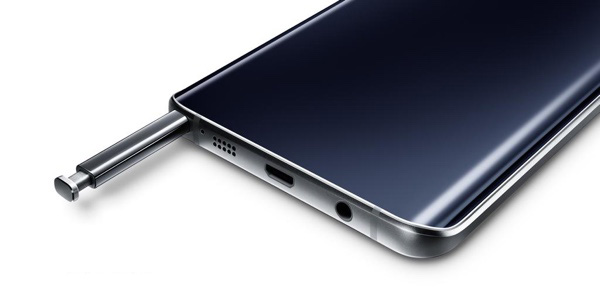 Improvements headed to the device’s software include easier split-screen multitasking, pinning handwritten notes to the always-on display, and compatibility with Samsung’s DeX station, allowing the device to offer a desktop experience through an external display when connected to the dock.