Deal Of The Day: Brand New 2018 iPad Pro Tablets Up To $250 Off, Multiple Options Available

Amazon is currently offering a number of different iPad Pro models at some pretty crazy discounts and you really ought to check them out if a new tablet is on your shopping list. Both the 11-inch and 12.9-inch iPad Pro is included in this deal and the best of those deals can be found on the higher storage capacities and the WiFi + Cellular models.

No matter which capacity and connectivity combo you’re interest in picking up be sure to check them now, because there’s a good chance you can save at least $50 right now. If you go for the best of the best you can really save big; as much as $250 in some cases. These deals are good for both Space Gray and Silver models, too. 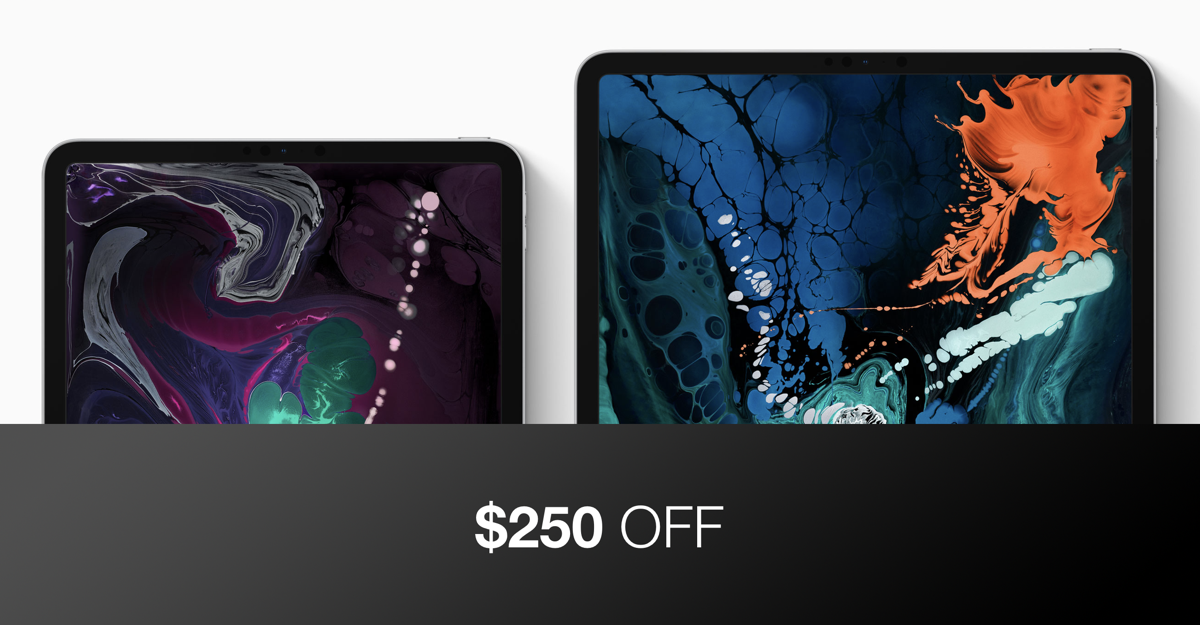 No matter which iPad Pro you go for you’re going to get the best tablet in the market right now. You can look forward to some big improvements when iPadOS 13 ships later this year, too, taking a great tablet and turning it into something that could genuinely be considered to be a real laptop replacement contender.

There’s so much power on tap thanks top the A12X Bionic CPU that you won’t find yourself waiting for apps to load. Nor will you ever want to go back to life before Face ID after living with it for a few days. The iPad Pro really will ruin older iPads for you!