Cydia Installer has received two back to back quick bug fix updates today. First with version 1.1.21, which fixed an issue with shared sources, clearing cache and jailbroken Apple TV 2 devices, and then with version 1.1.22 which was almost immediately released after 1.1.21 to fix an important bug related to packages not showing up in trivial sources in 1.1.21. 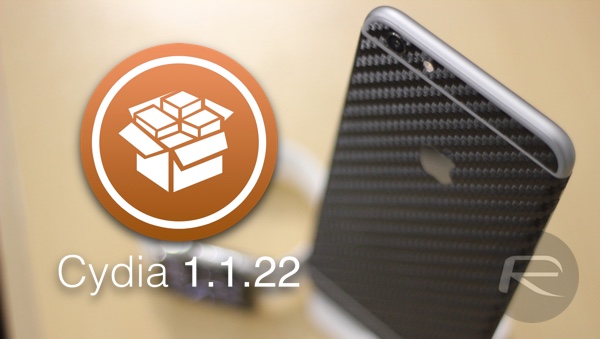 Full official changelog for both versions are as follows:

Using a URL to share a package from a third-party repository that had a typo could lead to an unremovable source.

A user reported a situation where they ran out of disk space, iOS cleared their caches, and then Cydia wouldn’t run.

Users of the AppleTV 2 jailbreak who upgraded to Cydia 1.1.19 or .20 would lose access to the core Cydia sources.

Trivial Sources Had No Packages

Users who upgraded to Cydia 1.1.21 reported that all “trivial” APT sources they had added via Cydia (which are the vast majority of third-party sources used by normal users :/) did not show any packages. Frowny pants :(. Fixed?

As always, if you are jailbroken already, you can simply update to latest version 1.1.22 of Cydia Installer from inside Cydia. To do this, launch Cydia, tap on Changes tab, and then hit Refresh button on top left corner. Once the new packages have been loaded, search for Cydia Installer in Cydia’s default Telesphoreo repository and tap on Modify->Upgrade to get onto the new version. 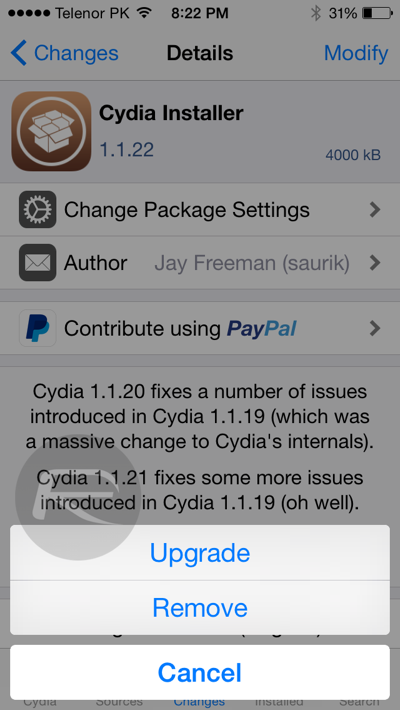 For those of you who haven’t jailbroken yet, download the current latest version of TaiG from here  and then follow our guides on how to jailbreak iOS 8.4 using TaiG:

Once jailbroken, simply update to Cydia version 1.1.22 manually from Cydia.

A new version of TaiG jailbreak tool might be released shortly with Cydia Installer 1.1.22 update bundled for future jailbreakers.