Cydia Gets A Much Needed Speed Boost

Cydia, the App Store for jailbroken iDevices has never been the quickest app out there, with long delays in pulling data from its servers. Now though, developer Jay ‘Saurik’ Freeman has given the app a speed boost. 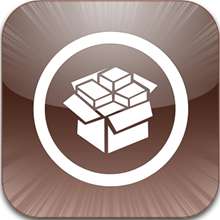 @saurik: Just switched Cydia’s www over to the new "CDN->ELB" stack I’ve been building: requests to / from my apartment are down from 0.45s to 0.25s!

In a tweet today, Freeman told us that he has switched Cydia’s servers to a new CDN-ELB stack, improving request times from 0.45s to 0.25s. He also released three graphs showing the improved Cydia responsiveness over the space of three months.

A quicker Cydia is definitely a better Cydia, and well done to Jay for speeding up an already must-have app for the jailbreak community. Keep the improvements coming!