We’re barely out of the madness that is Black Friday, but Amazon is keeping its prolific deals coming with a fresh round thanks to Cyber Monday. In reality, this is just a continuation of the sale that has been running for around a week now, and if you thought you missed out on a deal at some point last week, there’s a good chance that it’s still around today. If not, there are some great new deals to choose from, many of them relating to Amazon’s own products.

Amazon is never shy about selling its Echo and Fire lines of devices at discounted rates, and that’s something that it definitely made clear last week. That trend continues today, with both the smart speaker and tablet lineups getting plenty of attention from the deal makers. Right now is absolutely the best time to get your order in, especially if you’re short of a gift or two with Christmas just around the corner. 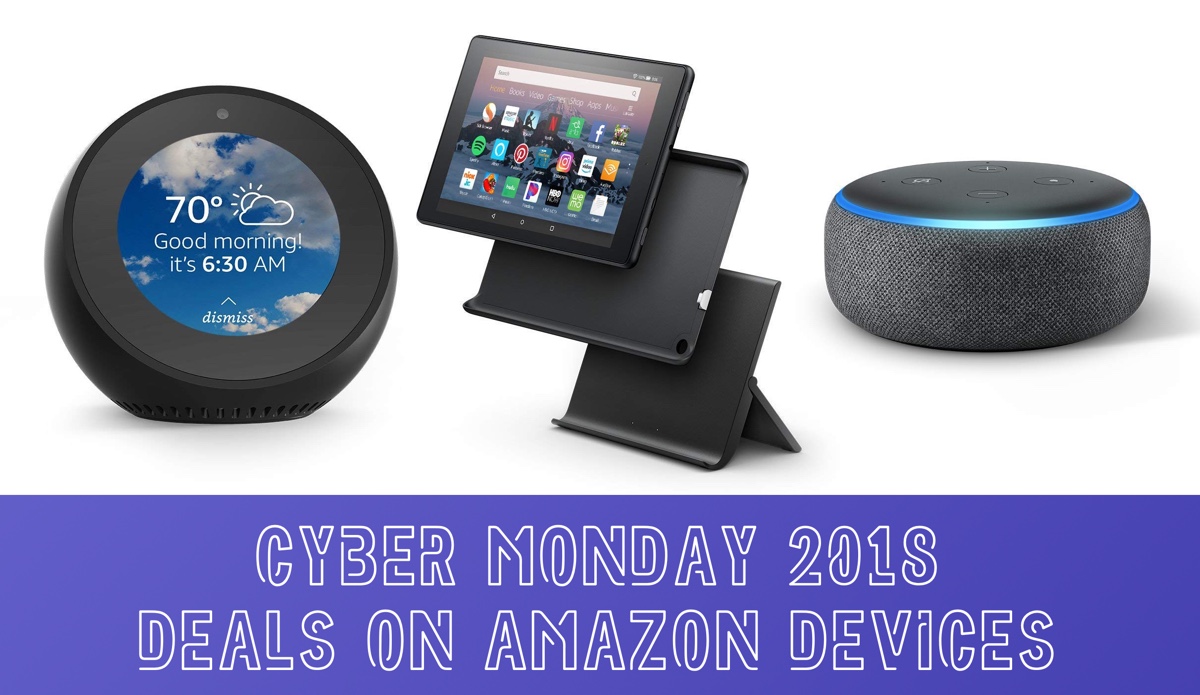 For a running list of hot deals, make sure you check out the following:

The Echo line of smart speakers really does need no introduction, with Alexa pretty much he undisputed champion of the world when it comes to understanding requests and then acting upon them. There’s a model for every budget, whether or not you need a display, and with today’s deals that’s a point that is definitely being driven home.

As for the Fire tablet collection, these are great options for anyone thinking of gifting a Kindle but wants to offer something a little different. Very capable Kindle readers, and in colour, these tablets also have the advantage of being able to run apps from Amazon’s own app store. With today’s deals, that capability is now even less costly than it already was.

With that all said, it’s time to get into what’s available. Buckle up!