The iPhone, iPad and iPod touch enjoy an endless repository of puzzle games, with the genre being one of the most popular on the App Store in particular and within the smartphone games industry in general. For this very reason, it is no small feat for such a game to cement its place on the store and make a name for itself among causal gamers, which is why Cut the Rope deserves all the applause it gets. If you enjoyed the first Cut the Rope game but never got around to purchasing its sequel, now’s a good time to get to it, since the game is available for free on the App Store for a limited time.

The first game in the franchise had everything you’d expect from a good puzzle title – a great design and an adorable alien mascot coupled with gameplay that strikes a good balance between mental exercise and fun factor – and Cut the Rope 2 improved upon its predecessors offerings with new puzzle elements and additional, equally adorable characters. 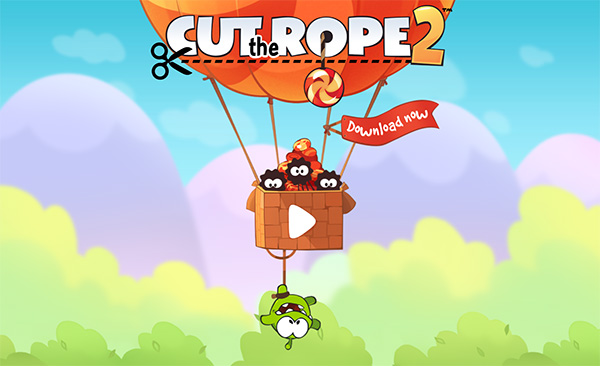 In his unexpected adventure, Om Nom breaks out of his box and travels through lush forests, busy cities, junkyards and underground tunnels, all in pursuit of one goal – CANDY! Along the way, he encounters the Nommies, the cutest candy collecting helpers a little green monster could wish for!

Familiar to play, yet challenging to master, Cut the Rope 2 brings fresh challenges and unanticipated obstacles to the candy crunching, physics-based phenomenon that has delighted millions of players around the world! If you like Cut the Rope, you’ll love Cut the Rope 2!

This is the first time Cut the Rope 2 has been made available for free on the App Store. The game, which normally costs a dollar, is Apple’s current App of the Week, which means it’ll remain free till next Thursday when it is replaced by another app or game.

Cut the Rope 2 is available for both the iPhone and the iPad. 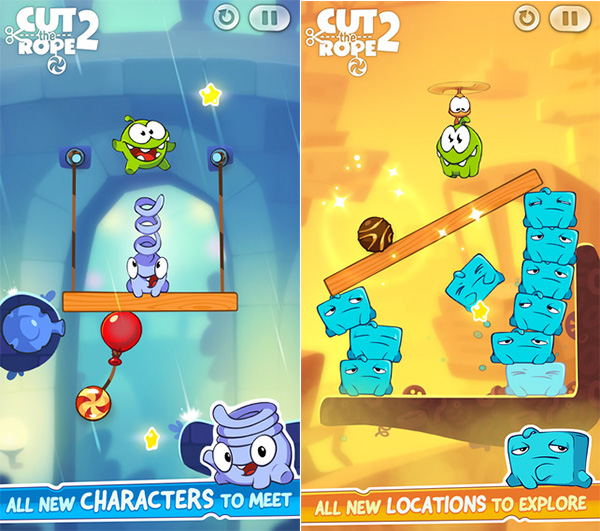 (Download: Cut the Rope 2 for iPhone & iPad on the App Store)