GoPro has just updated its iOS app, bringing in support for Apple’s “most personal device ever”, the Apple Watch. Not only that, the company has also introduced subtle new features to the app, making the experience an even better one.

Previously, those lucky enough to sport an Apple Watch on their wrist, and pack a GoPro camera in their backpack were able to control the camera via the Watch but only through third party apps, which obviously didn’t cut it as the experience was shoddy at best. GoPro has finally paid heed to this glaring gap in its armory by deciding to bring official app to Apple Watch, giving GoPro users control over a bunch of camera functions. 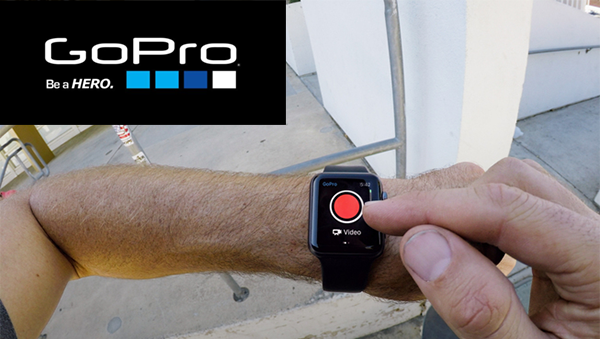 The design of the app has been kept “simple” as GoPro puts it, and gives you access to previews of captured shots, toggling between capture modes, starting/stopping video recording, and even HiLight Tags for those best moments in a video. All of this, straight from your wrist.

What has changed in the iOS and Android version of the app? Well, you can now pull high-quality still images from a video recording. The app allows you to “Quickly flip through a video frame-by-frame”, so that you can find that perfect moment you were trying to look for in a video and pull a high-quality image in no time. Furthermore, with the ‘Trim + Share‘ feature you can now trim your clips down to 5, 15, or 30 seconds to instantly share on social media. The iOS version of the app now also carries a filter which will show you only photos, videos, your HiLight, or video clips. For someone on the go, the ability to sort through media depending on such parameters is an extremely critical one, and it seems GoPro has realized that. 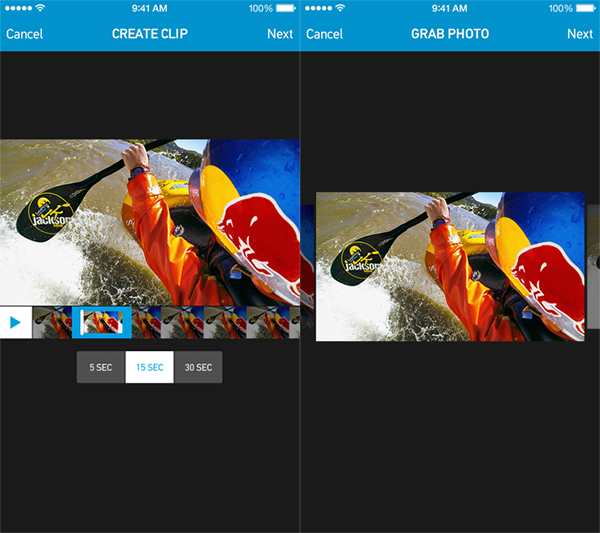 The company has also released a video showing Professional skateboarder Mikey Taylor using the GoPro App as he conveniently captures, shares and enjoys his content using the Apple Watch. Ever since its introduction, GoPro’s array of cameras have become some of the most sought after gadgets amongst sports enthusiasts and adrenaline junkies. However, the appeal of these compact and amazing cameras has transcended that niche with mere mortals expressing their interest in the cameras as well, and as such the evolution of the GoPro app to this point, will go far into capturing a larger market.