Over the last few years, Cydia has gone from strength to strength to become a very formidable alternative to the official App Store experience that Apple provides on their iOS devices. The official repositories that power Cydia is literally packed to the rafters with packages, tweaks and extensions that have been released for users of jailbroken Apple devices. It may not seem like it on the face of things, but Cydia is actually extremely similar to Apple’s store in the fact that packages are regularly updated and require users to physically download the new version of the software to the device when a developer pushes it out. 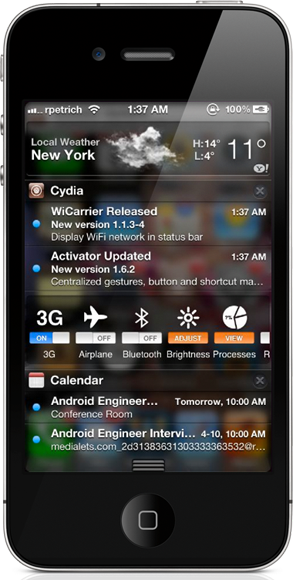 It seems quite common that users regularly launch the official App Store to see what is currently in the top 25 free and paid apps list and to also see whether any of the installed applications have a more recent version available. However, for those who are running jailbroken devices and have their favorite tweaks installed, Cydia sometimes gets tucked away in a folder and can go weeks without being launched, potentially meaning that important or essential package and security updates are being missed. Not so long ago we were treated to some murmurings from Ryan Petrich, who happens to be one of the busiest developers on the scene, about a package that would alert users through a push notification whenever a Cydia based notification or update was made available.

After going quiet for some time, Petrich announced this morning that the project has received the backing of the repository owners as well as Cydia creator Saurik. The tweak has been given the name ‘Curiosa’ and is currently available through Ryan’s own repository for users to download and test. Curiosa essentially sniffs the installed Cydia packages and provides an on device notification when a new update is available. 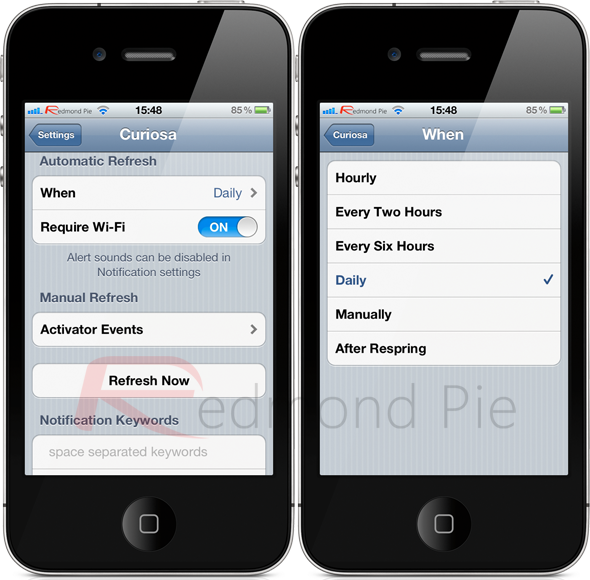 The tweak itself has a number of configurable options such as specifying how often it should refresh and whether or not it requires a wireless connection. As you might expect, Curiosa is also compatible with Activator based gestures in case users wish to perform a manual refresh as well as having the ability to specify certain keywords meaning an alert will be provided if a tweak is added to Cydia that matches those specified words.

At present, Curiosa is only available to download through Ryan’s own repository which can be accessed by adding a new source to Cydia and entering the repo address of http://rpetri.ch/repo. Curiosa is then a free of charge download onto the device.