Claimed iPhone 6 Box Insert Surfaces; Could It Be Real? [Photo]

The Apple iPhone 6 looks set to be announced on September 9th, and as this as-yet unconfirmed event draws ever closer, the leaks are continuing to pour in. Today, we’ve what is claimed to be a legitimate sighting of the iPhone 6’s insert, but unfortunately, it instead appears to be a fake. Decide for yourself by checking out the shot below.

Nowhereelse.fr has perpetually offered leaks of internal hardware and other iPhone 6-related information, but on this occasion, we’re more than a little bit skeptical. Sure, until Apple comes through with the official unveiling, nothing can really be verified, but in scrutinizing this alleged iPhone 6 insert, we’ve spotted a number of tell-tale signs that this is is not the real deal. 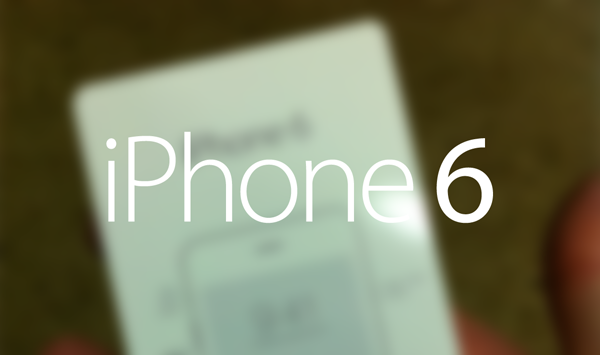 It seems less than probable, for example, that the date on the iPhone 6 insert would outline the announcement, and if anything, only outlines the naivety of whoever came up with this leak. It’s also incredibly simplistic, and although NWE claims this is so that users can immediately familiarize themselves with the major changes made from the iPhone 5s and prior, this insert just looks too unrefined to be plausible.

The Slide to Unlock element, as you may also have picked up on, uses the capitalization of the ‘S’ but nothing else, which is very suspect indeed. Currently, it’s all lower case, and given Apple’s meticulous attention to detail, we’re still very much waiting for our first real iPhone 6 insert leak. 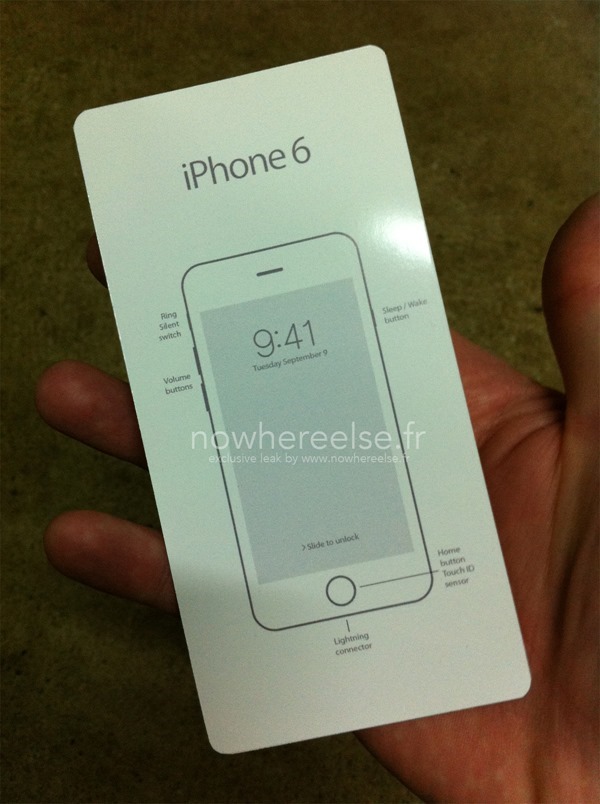 With just a couple of weeks now to go until the iPhone 6’s announcement on September 9th, we’ll soon be able to put all of the rumors and speculation to bed and instead concentrate on the device itself. Speaking of which, we’re anticipating two models of the handset to arrive once more, with a 4.7-inch device accompanied by a more sizeable, 5.5-inch offering.

As the larger iPhone 6 has apparently hit some delays in production, it may well miss out on a September release, but irrespective of the technical hitch, both variants will almost certainly be shown off at the same time.

Which iPhone 6 will you be picking up, if at all? Do share your comments with us via the usual mediums below!