Apple has today continued its recent open communication policy with developers by sending out an email informing all participants in the iOS and OS X Developer Program of impending changes to certain iOS 8 and OS X Yosemite features.

In the time that has followed since the initial unveiling of iOS 8 and OS X Yosemite during this year’s WWDC, Apple has issued a number of emails containing data purging warnings for developers experimenting with CloudKit apps. Today’s email is yet another informative communication, alerting developers to the fact that specific features will require minimum versions of the iOS 8 and OS X Yosemite betas for development to continue. 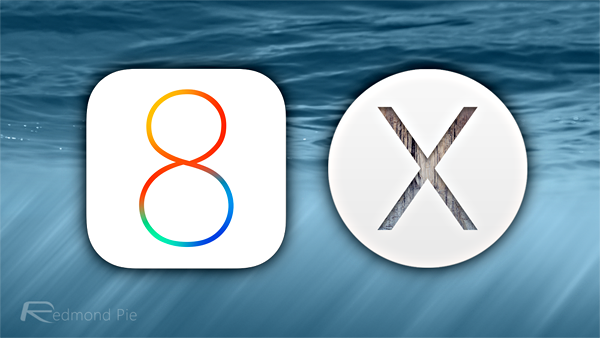 The requirement for developers to keep up to date with the latest betas seems to be a direct follow-up from the wipe that was performed last month on all CloudKit data. Apple has shown a clear desire to keep the cloud application platform up-to-date as internal work on these new features continue. With that said, this is the first time in the development process that the Cupertino company has issued a notice to developers that directly affects iCloud Drive, Mail Drop, Safari History and other powerful cloud-based features that are built on top of its iCloud technology.

It’s highly likely that most developers who are in the process of building iOS or OS X apps that utilize any CloudKit functionality will be on top of the beta releases. Apple has done a fairly impressive job of issuing builds of iOS 8 and Yosemite to developers at regular intervals over the last few months, with OS X Yosemite Developer Preview 6 and iOS 8 beta 5 – with Yosemite Developer Preview 5 the minimum requirement to use CloudKit for development – being the latest available offerings. 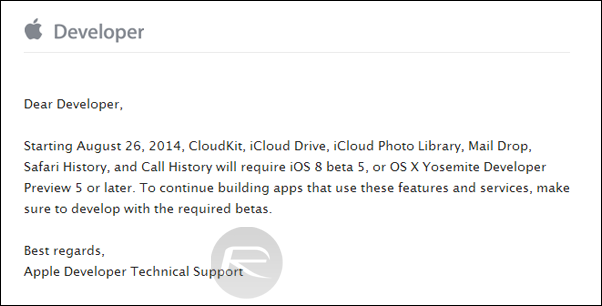 From a developer perspective, CloudKit was one of the more interesting announcements made during June’s WWDC. The new framework will allow a new breed of apps to store and seamlessly retrieve data directly from iCloud. CloudKit also has the ability to allow users to perform anonymous sign-ins into third-party apps using an Apple ID associated with an iCloud account.

Both iOS 8 and OS X Yosemite are expecting to ship this fall.