Getting refurbished Apple products is an accessible and safe way to save money, but not when said products are sold for full price. That’s exactly what happened at Apple Stores in Beijing. 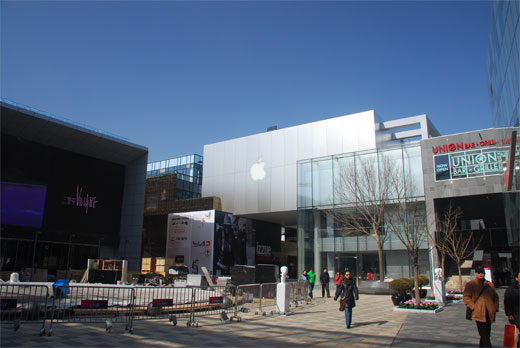 Two customers who bought iPhones at Apple’s Joy City store on July 9 later found out that the 1-year-warranty they were entitled to was set to expire a few months before. The same happened to a total of 6 customers in the Beijing area who had purchased handsets from Apple Stores or authorized dealers, who first suspected they had accidentally obtained counterfeit products. It later became clear that the iPhones they had purchased full-price were actually refurbished ones.

Wang Hai, who specializes in tracking down counterfeit goods in China, has confirmed these allegations and brought the issue to court, stating that Apple, when approached by the affected customers, simply handed them a new device and offered no additional compensation:

They went to the store before calling me, but the store only offered to give them a new one without other compensation,

Many functional products are often returned to Apple, which are then often reassembled, checked for damages and sold for a lower price, making them a great deal for bargain hunters. While these products are entirely functional and can be trusted, they often come with a shorter warranty, therefore it’s not fair to sell them for full price, as Hai explained:

It’s cheating to sell refurbished products as new ones […] It’ll be discrimination against Chinese consumers if the case turns out to be true as refurbished cellphones are also sold in other countries, but at a cheaper price.

While Apple hasn’t yet commented on these occurrences officially, a staffer at a local Apple Store has denied any wrongdoing:

Wang Hai invites other customers who believe they have been fooled to join the class action lawsuit. Are you living in China? There’s an easy way to find out: retrieve your device’s serial number by heading over to Settings  > General > About from within iOS and typing the content of the “Serial Number” field into this page. Make sure that the estimated expiration date is exactly one year after you’ve purchased your device.

While it’s unlikely that Apple may have been knowingly selling refurbished devices to its customers, misconduct by its local employees might have taken place, possibly in order to deal with product shortages. Apple should carry out a full investigation on this matter, in other to maintain its credibility.