Microsoft today has updated their Bing app for Android which features revised design and a handful of other little updated features. 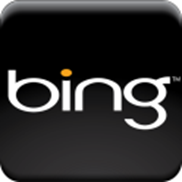 The updated Bing for Android app features a revised UI based on Microsoft’s simple, clean and modern Metro design language which is currently in use on Windows Phones. It also has all new features like searching with voice, bookmarking search results, ability to share any search result via email, text or Facebook and maps with directions.

We personally didn’t like the updated UI. While it does get the job done, the overall link just isn’t as polished as it is on iOS and Windows Phone 7. Scrolling isn’t smooth and text isn’t as crisp as we’d like it to be. If I had one word to describe my experience with the app, it would be “choppy”.

Make decisions and get where you need to go with Bing™. See beautiful photography with daily trivia on the home screen. Tell Bing what you’re looking for with voice activated search. Find shops, movie times, flight information, weather forecasts and walking or driving directions. Bing helps you get the answers you need.

Other new features work relatively fine, though: the new home page works similarly to its desktop version (which is awesome), Bing Maps isn’t as good as the dedicated Google Maps app, voice search works most of the time and the ability to share any web result via email, text or Facebook is definitely pretty useful. 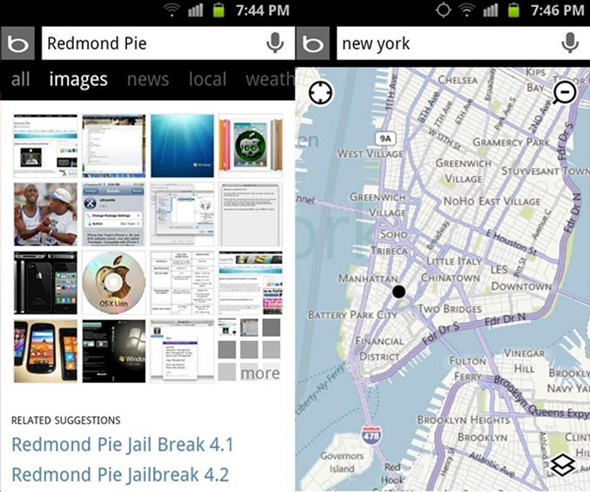 The app is, of course, free and is available for download from the link embedded below. It is compatible with all Android devices having at least Android 2.2 “Froyo” and a 320×480 screen resolution. We’ve tested it ourselves and can confirm that it works as advertised.

Bing was unveiled back in 2009 by Microsoft is the successor to MSN/Windows Live Search. It is, as most of you know, a search engine (MS prefers to call it a decision engine) which is Redmond’s answer to the world’s most popular search engine i.e. Google Search.

Microsoft struck a deal with Yahoo! in mid-2009 wherein it was announced that Yahoo! Search would be powered by Bing. As of March 2011, more than 30% of the search engine market in the US is covered by Bing with 64% of the share being in Google’s hands.

Be sure to check out out Android Apps gallery to explore more apps for your Android device.