Battery retention is a crucially important factor in owning a mobile device, and although the capacity of a battery plays a significant role in determining how long your smartphone or tablet will be able to play games, surf the Web or make calls, it’s not the only consideration that should be made. As well as the efficiency of the processor, software can also be optimized for better battery performance, and given that Apple has just bumped its software version from iOS 7.1.2, we’d expect that battery has also improved, right?

Apparently not. As the guys at Ars Technica have found out in their research on every major iOS device available to iOS 8, battery is largely worse across the board. This is rather alarming, but also not surprising, because not only does iOS 8 include more by way of features, but the GM version of iOS 8 tested is literally the first pressing. 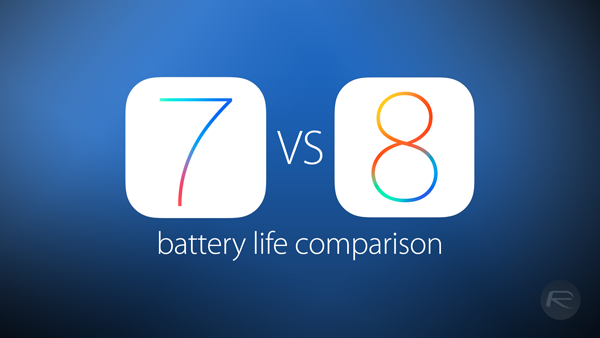 Still, given the numerous iOS 8 betas, one might have expected that Apple could at least have kept battery life on par with iOS 7.1.2, but as you’ll see from the chart, things have largely slipped.

Out of the eight devices tested, only three saw improved battery life on iOS 8 GM, and notably, they were all slightly older models in the iPhone 4s. iPad mini (1st-gen) and iPod touch 5th-gen. Given that the iPhone 4s has experiences some early issues, with users reporting a claustrophobic, cramped interface in parts, it’s surprising to see that it still offers an additional 19 minutes of battery time when browsing on Wi-Fi, but as for the rest of the field, iOS 8 hasn’t exactly been a win for battery life. 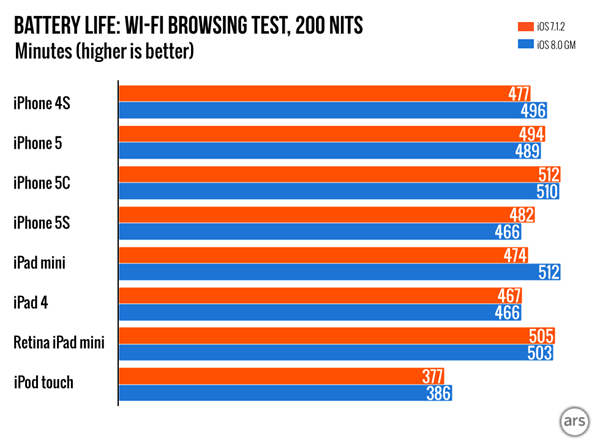 It’s worth making note of the fact that none of the devices experienced major deviance in battery life from iOS 7.1.2 to iOS 8, but as mobile device owners know only too well, that extra drop of battery can prove critical in certain situations. 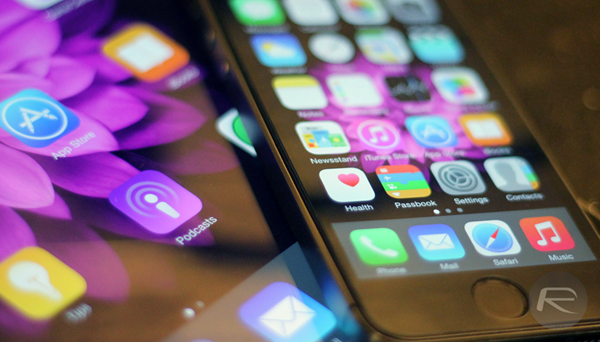 So, here’s to hoping that when iOS 8.0.1 arrives in the near future, the battery usage is better optimized to suit the devices on which it runs, and also, that iPhone 4s users get the necessary fixes to the major issues they’ve been affected by these past few days.