It was thought for a long time that the iPhone 5 will more or less resemble the iPhone 4 cosmetically but recent leaks somewhat debunked the claim, it has long since been thought that Apple would completely revamp the design of the newer device.

Following a similar form factor to the iPad 2, all leads have pointed to a curved, possibly metal backplate, with an overall thinner, shorter and wider design with an increased screen diameter. In recent weeks, accessory makers have been hard at work producing many different protection shells for the device, most of which seeming to follow the aforementioned design trend. 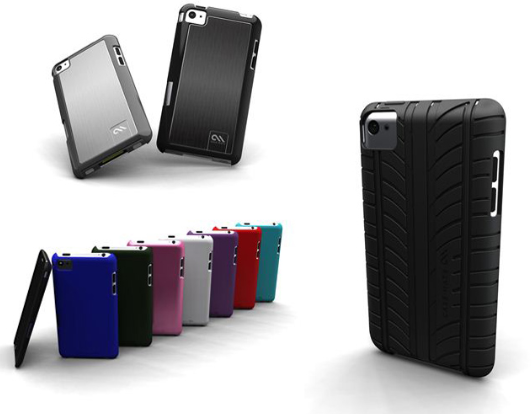 Now Case-Mate, a reputable company providing premium bespoke products within the field has begun retailing its "Barely There" brushed aluminum cases in anticipation for launch. It is quite staggering that those pumping out the cases seem certain of the iPhone 5’s traits despite the lack of any announcement. That said, with Foxconn reportedly working like troopers to manufacture Apple’s latest smartphone in high numbers, it presumably wouldn’t be that hard to obtain the vital specs from someone on the inside.

It is hard to believe what with all the fake and ambiguous leaks during the last couple of months, a genuine model hasn’t somehow surfaced – albeit minus a fully-functional operating system – supposedly in existence.

There’s still no word on when the Cupertino will make an announcement, but with many reputable sources indicating an October 15th release, we are now pretty close to being able to slap a stamp of authenticity on all the rumors.

The lengthy period of time Apple has spent configuring iOS 5 has only served to delay further a device which usually rears its head during the Q2-Q3 changeover. The consumers will be expecting big things from a device which should now launch some 3 months later than presumed, as well as an operating system approaching its eighth beta release.

In addition, the iPhone 5 is expected to be joined on center stage by a little brother – a cheaper, entry-level device poised to tempt the mass-market. The prototype of the second phone, which is known officially as the N94 and recently obtained FCC identification, will hope to diminish the exclusivity of the iPhone to those who like to – or at least have the capacity to – spend big on a smartphone. It will most likely adopt the name iPhone 4S, due to the similarities it will share with Apple’s current flagship smartphone, although the fruit company could surprise us all at the last minute. Stay tuned for more as we get it!