Following on from a story we reported on a while ago that former Apple CEO Steve Jobs was in talks with China Mobile to begin releasing the iPhone through the carrier, a senior figure at the Hong Kong-based outfit has suggested that Apple is keen to collaborate in its 4G endeavors, too. 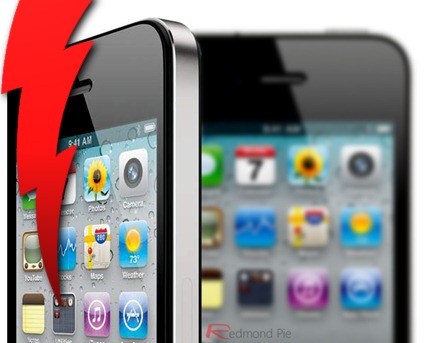 Wang Jianzhou, chairman of China Mobile, proud holders of the world’s largest wireless operator title with over 600 million subscribers, this week shed even more light on a tie-up with Apple, suggesting that talks have now advanced to the point of discussing a potential 4G LTE-capable iPhone model. China Mobile has dedicated a lot of time and resources into an eventual launch of its time-division long-term evolution, or TD-LTE 4G data network, and is keen to discover whether Apple will be in a position to embrace and facilitate the futuristic connectivity.

"We discussed this issue with Apple," Wang is reported to have said. "We hope Apple will produce a new iPhone with TD-LTE. We have already got a positive answer from Apple."

With the Chinese population well in excess of a billion, it’s almost criminal that a company of Apple’s stature has yet to fully capitalize on the growth potential it holds. At present, China Unicom is the only carrier in partnership with Apple to retail the device, but with the China Mobile talks seemingly growing in intensity, and the recent revelation that China Telecom will also be jumping on the Cupertino gravy-train, that looks set to change dramatically.

It’s not just the population of China which will have Apple bosses licking their lips, either. China Mobile has 8.5 million iPhone users despite the device being incompatible with China’s variation of 3G technology. That means all those users have persevered with the sizably-slower 2G network; further proof – not that it was ever in doubt – that the Chinese market has a soft spot for the iPhone.

Although many smartphones on the market do cater for 4G, the iPhone 4 only operates through 3G. Apple has a reputation for often being slow to adopt newer technologies, and Tim Cook downplayed any potential short-term adaption to LTE earlier this year. The technology is still in relative infancy, and it is thought that with the first batch of 4G devices having been hindered by poor battery life amongst other issues, Apple has stayed away, in a bid to, if you like, let others make the mistakes.

From the way Wang seems to be talking, it appears as though a 4G-LTE iPhone may not be as distant a prospect as perhaps thought. It’s also worth noting Apple could see the technology as being a China-only venture initially until the rest of the world, particularly Europe where 4G is non-existent, decides to get more in-sync with the times.