Call of Duty : Advanced Warfare will be the next major installment of the popular first-person shooter when it arrives next month, and already, we have what appears to be a launch trailer. It’s somewhat unusual for these kind of clips to hit the blogosphere a full fortnight ahead of release, but if you’re waiting on tenterhooks for Activision’s next blockbuster, check out the latest teaser below.

Call of Duty’s businesslike domination of the gaming charts in recent years has been well documented, and while the gravy train has not petered out just yet, there are signs that the rather same-y format is hitting something of a plateau. Having broken sales records year on year, an increasing number of gamers have complained that each new game is a thinly veiled rehash of the last, and while there’s only so much that Activision can tweak in twelve short months, Advanced Warfare does, at least, have us a little more eager than Ghosts. 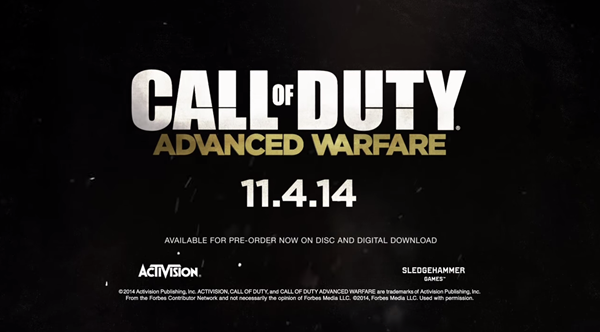 As ever, the title will draw in scores of online multiplayer fanatics from far and wide, but while there’ll be plenty of achievements, new weaponry and other delights bundled into Advanced Warfare, the lingering prospect of the new and improved GTA 5 could also have an impact on the reception of the impending CoD.

After all, this time last year, Rockstar’s most successful release ever also set new standards as far as the wider entertainment industry was concerned, and with PlayStation 4 and Xbox One owners likely to indulge along with those on Windows, it’ll be intriguing to see who comes out on top. Activision will finally throw its hat into the ring on November 4th, covering both of Sony’s latest two consoles along with the Xbox 360, Xbox One and PC. 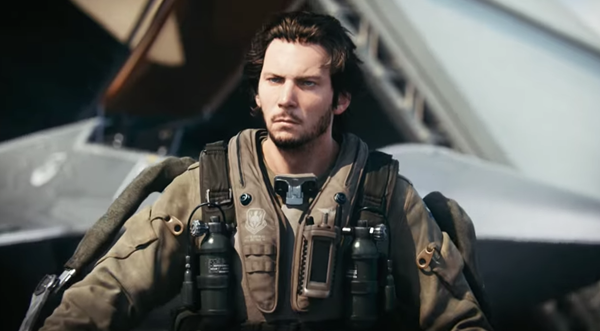 Getting the new CoD is a bit like snapping up the new iPhone; it doesn’t always change as much as we’d have liked, but if you skip a release, the difference can be quite stark. Having taken a raincheck on Ghosts, I’m hoping that Advanced Warfare really hits the heights, and although this new trailer does look promising, there’s no way of knowing for sure until it finally drops.

To wrap up, there’s definitely a lingering feeling that if this game doesn’t hit the heights, it’s going to place Activision and the various other companies involved in the creation of the series under extreme pressure, and as a long-time, albeit slightly disillusioned fan of the serious, let’s just hope there’s enough here to keep that spark going.

As we await the release, take a gander at the new clip below, and as ever, do share your comments with us via the usual mediums – it’s always great to hear from you!