The Call of Duty franchise has been running strong for the past few years, and although some gamers have expressed angst at the continual re-hash of a theme that doesn’t appear to change much year-in, year-out, the sales figures suggest that Activsion’s flagship first-person shooter is still immensely popular to this day. The first trailer for 2014’s installment – Call of Duty: Advanced Warfare – has just been released, and features Hollywood veteran Kevin Spacey. Check it out after the break!

Almost every year since its inception, Call of Duty has played a game of its own – smashing previous sales records with each new release, however last year, this was brought to an abrupt halt by the monumental success of Rockstar’s Grand Theft Auto 5, which surpassed anything the video gaming industry has ever seen. 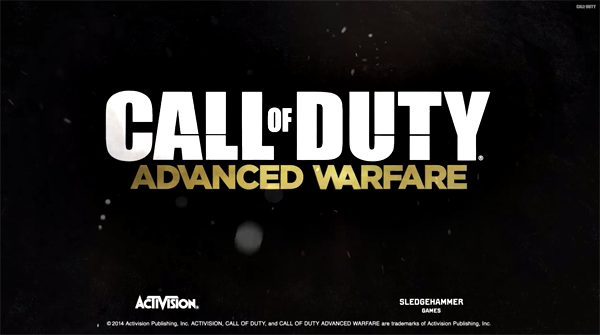 But despite some big titles in the offing for release later on this year, there’s definitely scope for CoD to reclaim its spot at the summit, and even though this Advanced Warfare trailer is purely cinematic, the inclusion of an animated Spacey will no doubt help the title gain some additional coverage among movie buffs. Apparently, the actor will play an integral role in proceedings, heading a military group launching attacks on the United States.

The trailer wasn’t supposed to be seen by the general public until Sunday, but thanks to a leak, Activision decided to throw it out on the official Call of Duty YouTube channel. 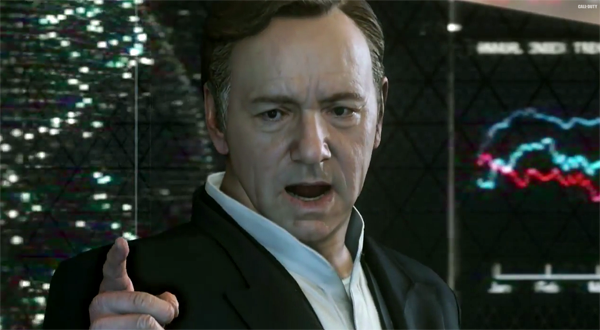 The footage was captured on the Xbox One, although given how the PlayStation 4 is of a similar specification, the clip offers a fairly accurate impression what the experience might be like on the Sony console. As well as the two major new gaming machines, the fourth and final installment to the Modern Warfare series is expected to release on the Xbox 360, PlayStation 3, Wii U and Microsoft Windows.

As for the game’s arrival to market, it’s slated for release on November 4th, provided no unforeseen delays occur in the build-up.

Anyhow, whether you’re looking forward to the launch or simply curious as to what’s in store for this year’s edition of Call of Duty, be sure to check out the feature-length trailer, which we’ve embedded below for your viewing pleasure.