As an Android user, there are many reasons why you might like to check out the goings-on of Apple’s rivaling App Store. Although apps are often released contemporaneously on the two leading OSes, iOS tends to get priority on the major releases, leaving many an Android user to gaze longingly at App Store gems such as Instagram.

Hitherto, there hasn’t really been any way for Android users to natively check in on how the other half lives. Of course, one can keep up-to-date via the web or through iTunes, but that is way too much hassle in an age in which we are accustomed to having everything at our fingertips. Well, never fear – iTunes App Store Explorer is here – and provides an excellent way for you to check out the latest ins and outs of the fruit company’s App cauldron from your Android device.

As the name implies, it’s an explorer, and allows you to scan every inch of the App Store in its entirety. It incorporates a great bunch of features and doesn’t leave a stone unturned for those seeking convenient app information. You can search via various different categories such as price, ranking and genre, as well as country and language. Indeed, the only thing apparently missing is an iOS emulator allowing you to test the games and apps for yourself! 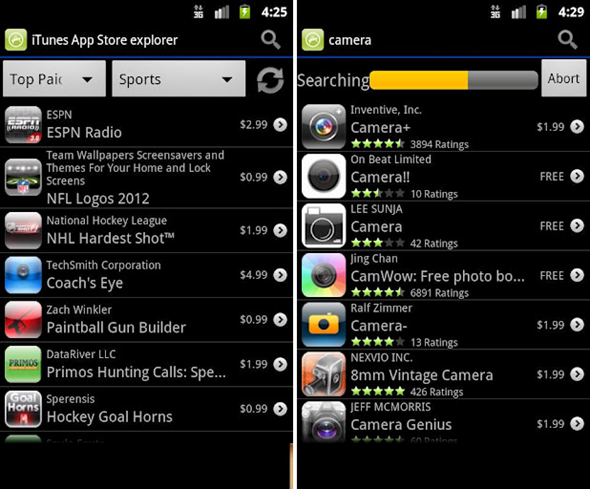 It’s free, which is always a winner amongst consumers, although you do feel sticking a price tag on an iOS-focused app wouldn’t go down too well with Android users – many of which harbor a partizan affinity to the little green droid

As well as being a great spying tool for the voyeuristic droidster, it’s also pretty handy for developers, beta testers and app reviewers not in possession of an iPhone, iPad or iPod touch. 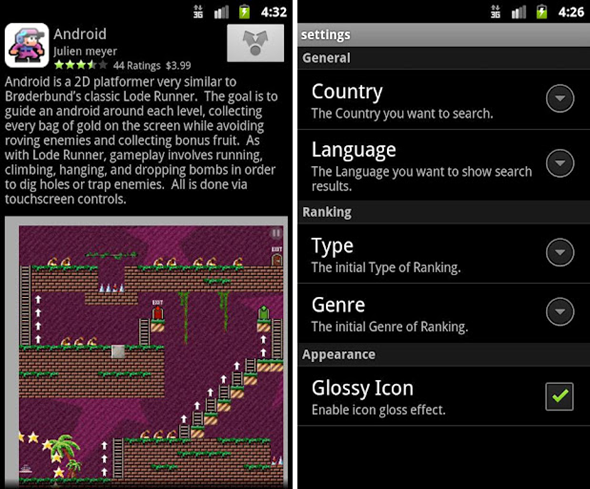 Although the aforementioned favoritism for the App Store still lingers, the Android Market has gained much ground, and with open-sourceness in its favor, the balance in power could, and maybe inevitably will, turn.

Be sure to let us know what you think of the app via the usual mediums below.