This holiday season and beyond, we’re going to be bringing you more hands-on reviews of the products you love, and whether you’re in the market for a new device, peripheral or accessory, we’ll be featuring many of the market essentials here at Redmond Pie. Now, the iPhone 5 is one of, if not the most sought-after gadget on the market at present, so what better place to start, we thought, than to get on the hunt for some of the most interesting, quirky and robust cases for the revered handset. Heading off the series of cases for the sixth-gen Apple smartphone is the BookBook from Twelve South.

The BookBook is something of an institution to many Apple gadget hoarders. At some point – usually a month or two following the release of a new iPhone, iPad or MacBook – Twelve South comes through with its impressive, vintage-book cases. The release of the iPhone 5 was no exception, and the company delivered the goods with yet another hand crafted, genuine leather marvel which not only embalms your iPhone in all that booky, leathery loveliness, but also doubles up as a handy card holder.

For those of you that owned the iPhone 4 /4S BookBook case, you’ll be more than aware of its fundamental shortcomings. Such was Twelve South’s desire to create an accurate replica of a real book, that no camera hole was cut. While this, somewhat arguably, preserved a degree of realism, it was impractical for day-to-day use, and thankfully, that issue has been rectified with the iPhone 5 edition. The new camera hole means you no longer need to continue sliding your device out every time you want to take a photo, capture a video, or use the LED flash as a torch, and in my humble opinion, the BookBook’s aesthetics are not compromised in any way.

The BookBook comes in two different color variants – “Vintage” Brown and “Classic” Black. For the purpose of this review, Twelve South were kind enough to send us the Black version, and straight out of the box, this thing looks stunning: 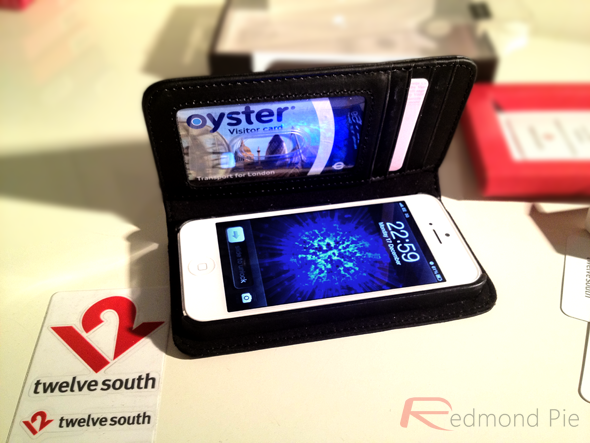 The first thing you notice when you slide the BookBook’s plinth from the plastic casing, is that gorgeous smell of genuine leather. It has the aroma of any high-quality leather-comprised product, and when you pop it out from its holding contraption, you immediately realize the BookBook has been given as much care and attention in design as the iPhone itself. 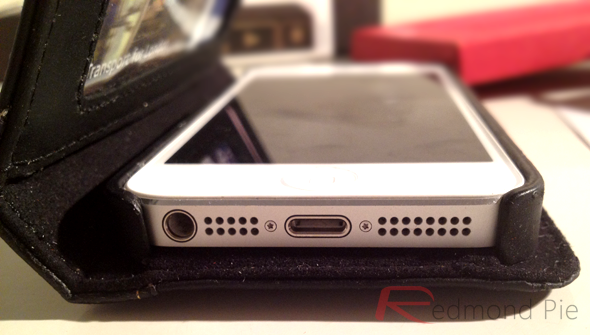 Once you’ve taken a minute or two to really come to terms with the BookBook, you’ll want to pop your device into its new home. From there, your iPhone 5 will glare up at you with an air of content, and also relief having probably had many a close encounter with keys and coins in your pocket. 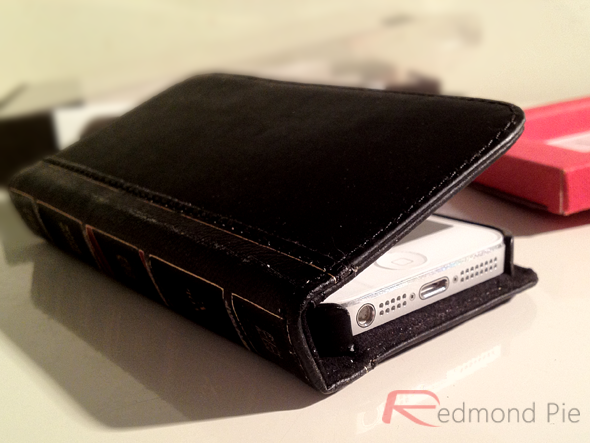 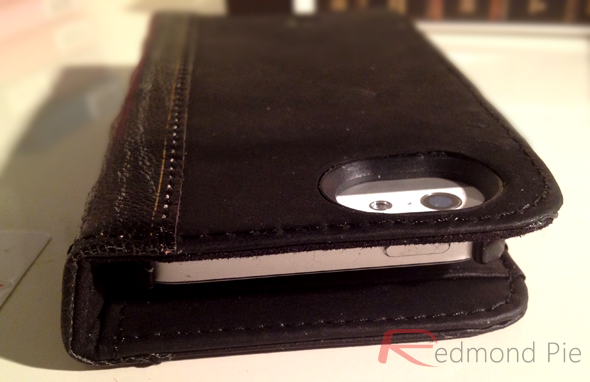 Speaking of pocket-fodder, the BookBook also solves the problem of loose cards and cash. Recognizing that it makes sense to amalgamate the wallet and the phone case as a sole entity, the BookBook also includes a handy slot for all of your important plastic. Be it your driver’s license, credit card, train ticket, or loose cash, the BookBook can house a substantial amount – perhaps that little bit safer under the watchful eye of your device’s front-facing surveillance. There are four card slots in all, including a transparent one at the front in which you could slot your identification. 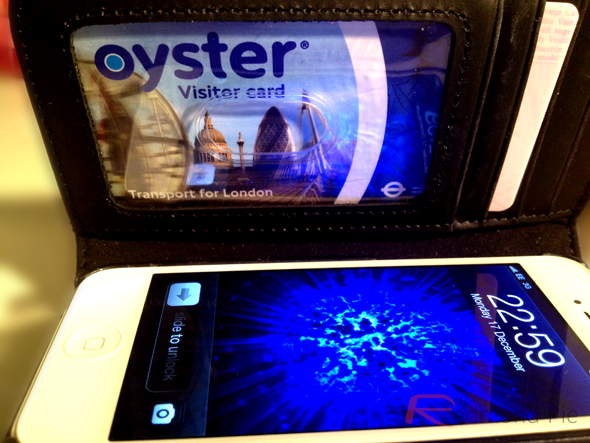 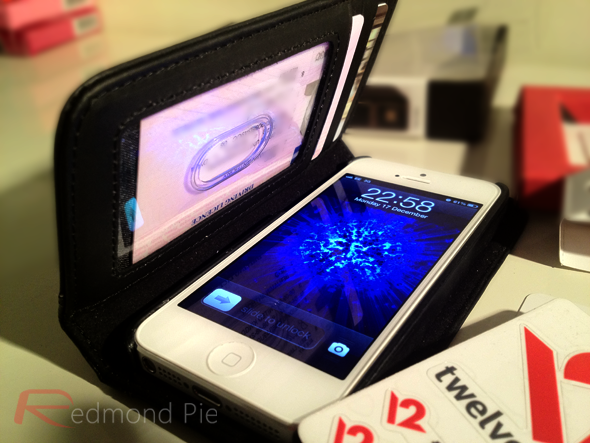 In having your phone and most of your wallet disguised as a book, you are certainly better protected against theft, as a would-be opportunist is less likely to try and nab a book. With that said, keeping your smartphone and money / personal documentation in the one place naturally brings its dangers, in that if you lose either, you’ve lost them both.

But take nothing away; the BookBook is certainly a joy to behold. I’ve encountered many a smartphone cover in my time as a blogger, and while many companies have tried their hand at producing a hybrid accessory similar, none that I’ve seen come close to the build quality and finesse of the BookBook.

The BookBook costs $59.99 from Twelve South’s website, and as aforementioned, you can pick it up in the Classic Black or Vintage Brown color variants. Shipping is free to mainland U.S., and if you want to give your iPhone 5 the respect and protection it so thoroughly deserves, grab yours right now by heading to: twelvesouth.com/products/bookbook_iphone5/